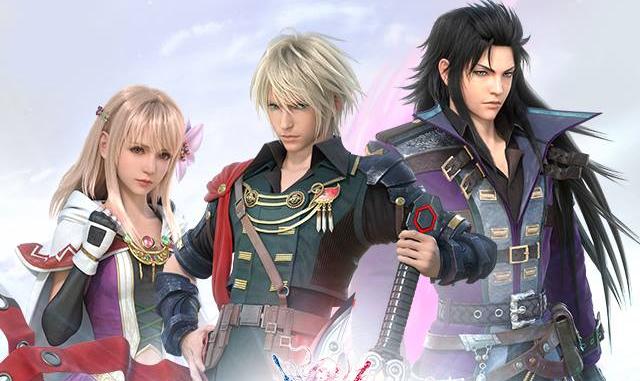 June 29 will mark the official one year anniversary of Final Fantasy Brave Exvius, a wildly popular mobile game that has soared past the 23 million download mark. While the actual anniversary date is still a few days away, players won’t have to wait any longer to start celebrating. All you have to do is log in to the game starting today up until the 29th and enjoy all the special gifts Square Enix has prepared for you—and it’s a lot. Other similar games might offer up a new character or increased summon rates for certain events in the game but Square Enix has decided to shower both new and old Final Fantasy Brave Exvius players with a variety of different goodies for the game’s anniversary event.

Perhaps the most exciting gift comes in the form of the new characters coming to Brave Exvius. Summer themed versions of Dark Fina, Fina and Lid will be available to summon immediately while Rikku, Tidus and Wakka will join the game on June 29. A new system has also been introduced to the game—the Expedition System. According to the press release for the event, this system will allow players to “dispatch their units on missions to obtain valuable in-game items, trust Moogles, and more.” Players will also receive special “Anniversary Countdown Login” bonuses along with increased inventory capacity.

But wait! There’s more. The anniversary also brings with it a special raid event, guaranteed 5-star summons and the ability to trade vision shards for rare characters. In other words, if you’ve been looking for a great time to buff up your team, this is it. It’s also a great time for anyone who has been curious about the game but never got around to downloading it. Square Enix is attempting to pull in new players by reducing the amount of in-game energy it takes to play the main story content. Up until the actual anniversary date, the main story content will only require half the energy it would usually take so new players can hop on in and quickly catch up on the game’s narrative.

Here is the complete list of rewards players can receive for logging in for the game’s anniversary on June 29. This list does not include all the other bonuses previously mentioned that will become available immediately: