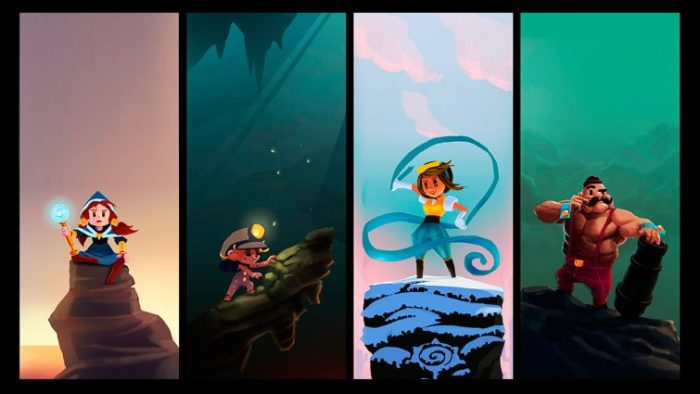 Rain Games’ has been hard at work on their follow-up to 2013’s Teslagrad, World to the West. World to the West is a 3D action adventure indie title that has a pulpy, cartoony visual style to it. The game is top-down and has the player take control of four unique characters each with their own motivations, skills, and storylines. The lead gameplay designer and art director sat down to talk about World to the West, its characters and the design choices behind them. You can check out the whole conversation on PlayStation’s official blog but here’s a snippet of the discussion.

Ole Ivar Rudi, Art Director: “The game takes place in the same world as our previous game, Teslagrad (which is also on PS4! What, you haven’t played it? You really should!), further exploring the universe introduced in that game. It’s a standalone sequel, so having played Teslagrad isn’t a prerequisite for enjoying World To The West, but there are are a few fun easter eggs for those who are fans of the first game. Setting the game in a pre-existing universe has been very useful when it comes to making character design choices – we knew that there are four dominant countries in this universe, and we knew how the cultures differ from each other in terms of philosophy, culture and technological achievements.”

Peter Wingaard Meldahl, Lead Gameplay Designer: “Some time has passed in our world from the events of Teslagrad and to the story in World to the West. I felt like rather than bringing over our unnamed protagonist from Teslagrad, it would be interesting to give one of his children the spotlight this time around.”

World to the West launches both digitally and boxed for PC and Consoles on May 5, 2017. You can check out the gameplay trailer right here: