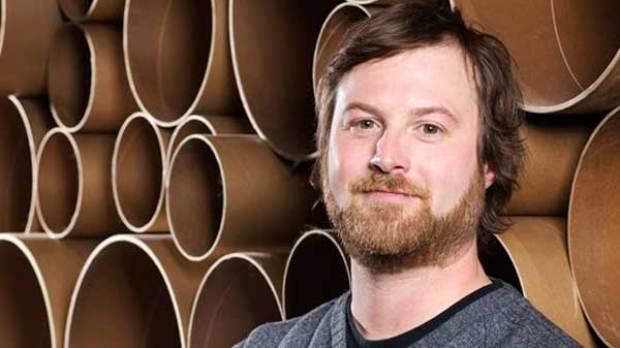 As the former director on Ubisoft’s blockbuster Assassin’s Creed series, Patrice Désilets experienced what it was like to lead one of gaming’s largest development teams. And while his time at Ubisoft allowed Désilets to put some highly respected games on his resume, having worked with what he estimates to have been 800 people on the first three main Assassin’s Creed games presented some real challenges.

“My biggest struggle with being in an organization is that I was the guy at the end or in the middle,” Désilets recounted to Gameology. “I was the guy doing interviews like what we’re doing right now, and I had to come up with political lying, and I would receive comments and decisions made by other people and not me because it’s all about compromising when you’re in a big organization somehow.

“And as my role, the creative director it’s tough to live by the decisions of others when being in front of the camera or Skype, and I said I’m not a really good liar, so I can’t do it anymore. And then I also realized that when you do a really big franchise, you also make money for other people, and they don’t really care about you [laughs].”

In June 2010, Désilets decided he had had enough of that life, leaving Assassin’s Creed: Brotherhood in the middle of its development. He made the decision as a result of his girlfriend telling him he no longer seemed happy at Ubisoft, so he left to start his own studio before work on Brotherhood was finished. Brotherhood would eventually go on to become the series’ second-highest-rated game behind only Assassin’s Creed II, which, as with the original Assassin’s Creed, Désilets directed from start to finish.

But while Désilets may have had to lie for Ubisoft on occasion, his experience there wasn’t all bad. He likes the portfolio of work he was able to build there, and it wasn’t like he always had to compromise and never got to make any decisions. The choice to create the entire Assassin’s Creed franchise apparently arose because Désilets didn’t think there was anywhere else to take the titular prince from Prince of Persia: The Sands of Time, which he also directed.

“We were supposed to do another Prince of Persia game, and in 2004 when we started this Prince of Persia I felt the Sands of Time’s prince basically is not an action character. He waits until his dad dies so he can take his place, that’s basically what a prince do. Except waving to a crowd, a prince doesn’t do much. And so I had a hard time coming up with a new story to tell this prince to move.”

Things are different for the game designer now as he works at the studio he founded in 2014, Panache Digital Games. With just about two dozen employees, Panache operates quite a bit different from Ubisoft, the world’s third-largest game developer behind Activision and Electronic Arts. Though the studio is currently working on Ancestors: Humankind Odyssey, Désilets also told Gameology that he would eventually return to making 1666: Amsterdam.

The game has a bit of a rocky background that ties back to Ubisoft. Désilets began working on it for THQ in 2011, but when THQ collapsed in early 2013, the studio Désilets was heading up was purchased by Ubisoft, which fired the game designer only a few months later. Désilets then filed a lawsuit to regain control of 1666: Amsterdam. That suit was only just dropped this past week, with Ubisoft agreeing to give all creative and business control to Désilets.

So what is 1666: Amsterdam — or, rather, what will it be? “That’s my game about the devil in us,” Désilets told Gameology. “That we are all good guys, but sometimes we’re not, and how come sometimes we’re not? And it’s an international subject matter also, and in our culture the devil symbol is there, so I want to attack that and eventually we’re going to make it here at Panache.”