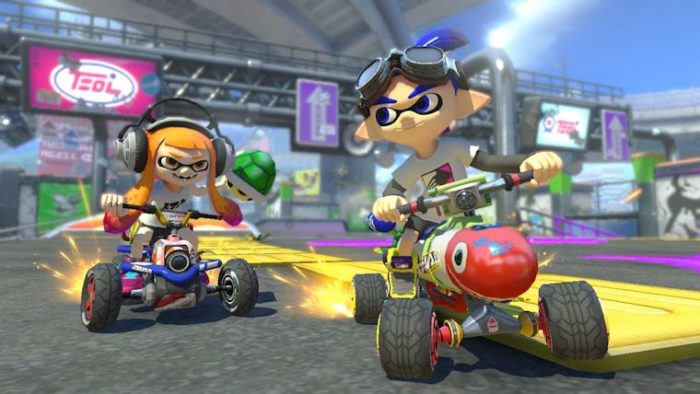 Mario Kart 8 Deluxe just hit shelves on April 28 and it’s already found a comfortable spot in the history books as the fastest-selling Mario Kart game of all time. On launch day alone, the latest addition to the Mario Kart franchise sold more than 459,000 copies in the U.S., according to Business Wire. The number easily dwarfs the record that we being held by Mario Kart Wii, which sold roughly 433,900 copies in the U.S. on its launch date back in 2008.

After seeing the immense amount of success Nintendo saw with the release of Legend of Zelda: Breath of the Wild, Mario Kart 8 Deluxe’s record-breaking sales marks yet another opportunity for Nintendo to laugh in the face of everyone who doubted their new hybrid console (myself included). Thanks to the undeniable loyalty and fanfare Nintendo has created around their most beloved franchises, both of the top ranked games on Metacritic belong to Nintendo.

Breath of the Wild takes up both the number one and number two spots on the Switch and Wii U respectively and Mario Kart 8 Deluxe slides right into the number three spot with an overall score of 93. That score is even more impressive when you consider the fact that the title has also earned the most perfect ratings out of any other Mario Kart game. No matter what way you look at it, the numbers paint a clear picture about Mario Kart 8 Deluxe’s reception—it’s one of the best performing Mario Kart games of the franchise’s entire history. In fact, it’s been 15 years since a Mario Kart title earned a score that high on Metacritic. The only other Mario Kart game that managed to nab a 93 was Mario Kart: Super Circuit for Game Boy Advance.

Surprisingly enough, it seems like the Switch may actually have what it takes to whisk Nintendo back into the good graces of those who were left feeling incredibly disappointed with the Wii U. The new console already has two record-breaking titles on its hands despite only hitting the market a few months ago. So while Microsoft may dominate when it comes to making great hardware and Sony has become the master of scoring major game exclusives, Nintendo has reminded us yet again just how powerful their true advantage really is. Nintendo, the reigning king of classic gaming, will forever remain in the Big 3 so long as they can continue building stunning success on the backs of its most timeless franchises.