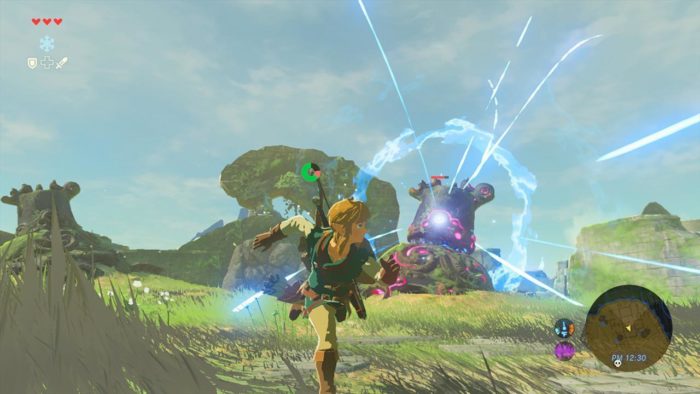 Be honest. At least once, you or someone you know has contemplated buying a Nintendo Switch purely for the sake of getting to play The Legend of Zelda: Breath of the Wild. Once upon a time you may have sounded absolutely ludicrous for even considering such a thing. Now, however, you’d be considered only slightly off your rocker because the latest addition to the Legend of Zelda franchise has already become one of the best reviewed games of all time.

Breath of the Wild won’t hit shelves until tomorrow but it has already garnered an impressive list of high scores that make it one of the best reviewed games on Metacritic of all time so far.

Of course, that could very well change once more publications get their hands on the game and publish their own reviews of what will likely be Nintendo’s best-selling game of 2017. For now, however, Breath of the Wild has a Metacritic score of 98 and that doesn’t even take into account some of the rave reviews it has earned from the likes of other publications like The Verge and Venture Beat, who have also given the game incredibly high marks.

With so much anticipation built up behind Breath of the Wild, there was certainly a lot of weight placed on Nintendo’s shoulders. Breath of the Wild, by no means, would still be considered a great success if it was average or even good. As we have discussed here at Twinfinite before, Breath of the Wild simply has to be one of the best games of all time if it hopes to live up to the expectations that have already been set for it. Fortunately, it seems to be well on its way to being just that with more than 20 reviews that give Breath of the Wild a perfect score.

So go ahead. Talk yourself into buying the Nintendo Switch. Arms seems like it might be entertaining and Mario Kart will always be a classic that’s fun to play with friends. Sit aside the money from your tax refund or think about how much value you can add to your life by practicing how to milk virtual cows. Whatever you have to tell yourself, it’s okay. Buy the Switch and we will all pretend like you didn’t shovel out over $300 to experience the expected bliss of a new Legend of Zelda game. There’s no judgment here.

The Legend of Zelda: Breath of the Wild will hit shelves, along with the Nintendo Switch, on March 3.