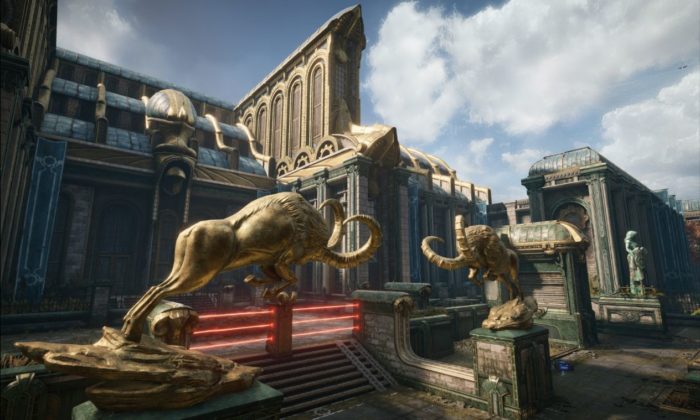 Developer The Coalition has detailed the May update for Gears of War 4 today, bringing two maps, an old teammate, and more. The update is set to release tomorrow, May 2, for both Xbox One and Windows 10 PC.

Dawn is the new map in the update, set in a Outsider village built near an abandoned mining colony. The map features tight corridors and open spaces around a Dropshot spawn, which is helpful for the high ground and low side of the mines.

Security, an old Gears of War 2 map, is brought back to Gears of War 4 with updated graphics and a major change. The defensive laser wall only blocks the side entrances to the top sandbags, instead of the whole area, in King of the Hill and Escalation modes. The laser wall can also be activated for a short time in Horde mode by pressing a button.

Also coming back from Gears of War 2 is Benjamin Carmine, who met his demise from a giant Riftworm in the game’s campaign. Zombie Ben Carmine can be found in Gear Packs, while the Locust Grenadier Elite character can be crafted from scrap during this month.

The update for Gears of War 4 comes with bug fixes and technical features, including multi-GPU support for Windows 10 PC users who have multiple video card setups. The patch notes, via The Coalition below, focuses on various audio issues with multiplayer characters and a Horde exploit where the Fabricator could be glitched into floating off the ground.