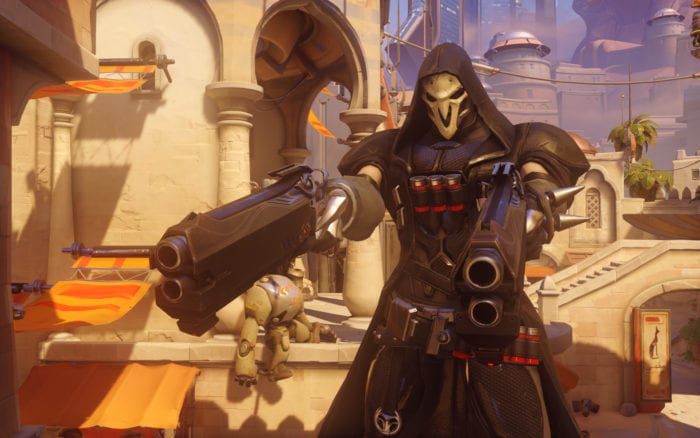 The latest patch for Overwatch’s public test region (PTR) on PC launched today, and allows players to test ability changes to Reaper, Roadhog, and McCree. The update also adds a new map and previously exclusive Heroes of the Storm skins to loot boxes.

The biggest change in the patch concerns Reaper’s passive healing skill, “The Reaping.” According to the PTR patch notes, the ability now regains 20% of all damage dealt to enemy heroes as health points, instead of heroes dropping health orbs on death. Blizzard said the previous ability was only helpful when “the situation was already in your favor,” and the change lets Reaper gain “immediate benefit” in a fight.

Roadhog’s head hitbox size has been reduced “to increase his survivability,” while his scrap gun damage was decreased to “reduce the power of his hook combo and alternate fire burst damage potential.” McCree’s “Deadeye” ultimate skill receives two buffs by accumulating more damage in the first second and faster target locking.

Additionally, the patch adds the Oni Genji and Officer D.Va skins to “classic loot boxes.” The two legendary skins could only be previously unlocked by playing Heroes of the Storm in-game events, but game director Jeff Kaplan promised players in April that the skins would be available to all players who did not have access to Heroes of the Storm on PC. All cosmetics earned in the PTR do not transfer to the base game.

The Overwatch patch also contains various bug fixes and makes changes to how some statistics were calculated in the Career Profile menu. The update is live now to test on the PTR version for PC.