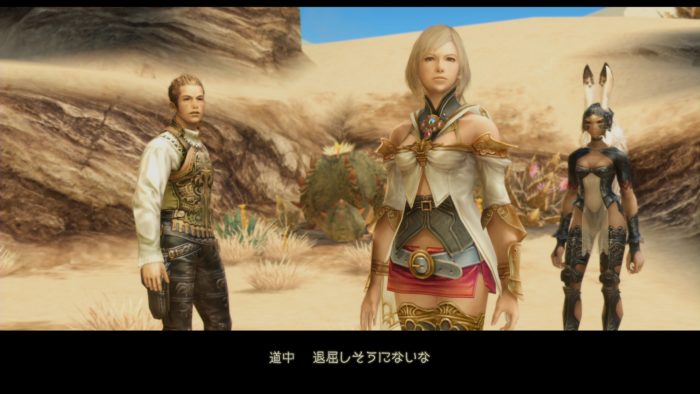 Square Enix has released a new, and very large, batch of screenshots for Final Fantasy XII: The Zodiac Age. The screenshots are in Japanese, but they give us a lovely look at the updated character models, the combat, and the Gambit Slot system. You can check out the new screenshots in the gallery down below.

The Zodiac Age is a HD remaster of the international version of Final Fantasy XII, which was previously exclusive to Japan, so this marks the first time that the international version will be available in English. The remaster also comes with a series of improvements, such as a more modernized Job system, and other gameplay tweaks to help enhance the experience. The game’s soundtrack has also been remastered, and there will be a speed-up option to help players get from one place to another more quickly. Who knows? These changes might even convince naysayers to give the game another shot.

Final Fantasy XII: The Zodiac Age is set to be released for the PS4 on July 11 in North America and Europe.