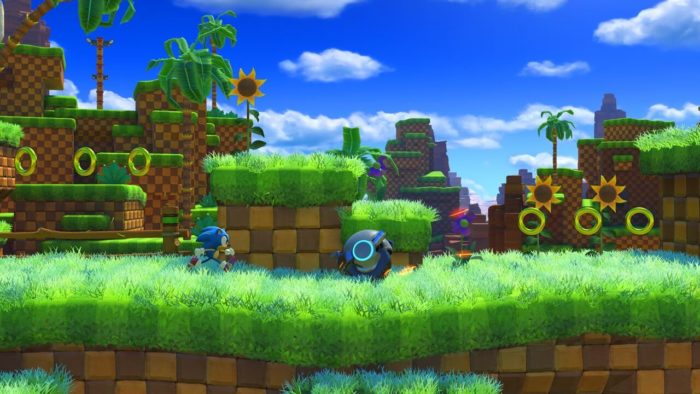 Sonic has not one, but two awaited games coming this year with Sonic Mania this Summer, and then Sonic Forces later in the year. A new gameplay trailer released for Sonic Forces brings plenty of nostalgia, as the adorable Classic Sonic runs through Green Hill Zone. Similarly to Sonic Generations, Forces will combine both Classic and Modern Sonic gameplay.

The trailer only gives a short glimpse of gameplay, but Sonic runs through the level at a breakneck speed matching the feel of classic games. Combine that with the vibrant soundtrack, and fans should have plenty to look forward to with Sonic Forces. You can watch the trailer down below.

Sonic Forces is set to launch sometime in late 2017, and is coming to PS4, Xbox One, PC, and Nintendo Switch. Meanwhile the throwback title Sonic Mania is set to release sometime this Summer, and you can take a look at our hands-on preview of it here.

What do you think of Sonic Forces so far? Let us know in the comments down below.