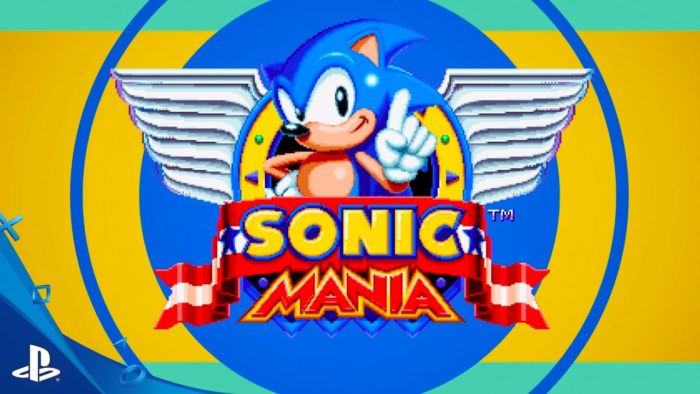 SEGA’s iconic blue hedgehog is going back to his roots, donning the 16-bit clothes that arguably suit him the best. Sonic Mania is the indie, fan-made re-imagining of the 2D Sonic trilogy from Christian “Taxman” Whitehead and Simon “Stealth” Thomley adding gameplay features, a prettier aesthetic, and tweaking level design. At London’s EGX Rezzed event, I went to visit SEGA for a preview of its first two Acts, with commentary from the game’s product manager, Jim Dyer. After just 10 minutes with the game, I’ve never been more convinced that Mania is the Sonic game fans have always wanted.

Speeding through Green Hill Zone, it occurs to me how easy it is to forget just how clever the level design of the Genesis-era Sonic games was. There are many more layers to their composition than just a single fast-flowing highway; nuances perhaps disguised by the sheer pace of proceedings. But Sonic Mania ups the ante even further from Hirokazu Yasuhara’s original 1990 vision. As Sonic crisscrosses around the level, sometimes pinging backwards before being hurled in the correct direction, Sonic’s speed no longer translates to moving quickly in a single direction. The re-imagined Green Hill Zone is a now a honeycomb of different pathways, much more complex and varied than the original version.

Sucked into tunnels or pinging across the level via springs, the on-rails sensation often encourages one to ignore precision for speed. Yet, Green Hill Zone is packed with secrets if you slow down to look, and it isn’t long before I’ve stumbled across one of those hidden areas. Having clipped through a wall, I happen across a cavern-like area with a waterfall and a strange floating circular object. “I won’t comment on what that is”, says Jim, as I press him for an explanation.

Jim defers “One of the things I will say is that Tails is in the game. That was not in the original first Sonic.” Of course, both Knuckles and Tails featured in Whitehead and Thomley’s iOS remaster of Sonic, so the truly new feature for Mania is actually the cooperative function. Tails can now drop in and out of levels as a cooperative partner via a second controller.

With respect to how Sonic feels to control, there certainly seems to have been some revamp of the physics from the original game. There is noticeably more precision, which helps to navigate more delicate sections of platforming. The addition of Sonic’s spin dash from modern games adds a welcome solution to regathering lost momentum or knocking down enemies. Mostly, though, it’s a familiar feel, except that at 60 frames per second, Sonic has never looked or felt so good. And to that point, as Jim takes over to negotiate Act 2 and a succession of zip-lines – another new gameplay feature – it’s the beauty of Mania’s pixel art that leaves the greatest impression. 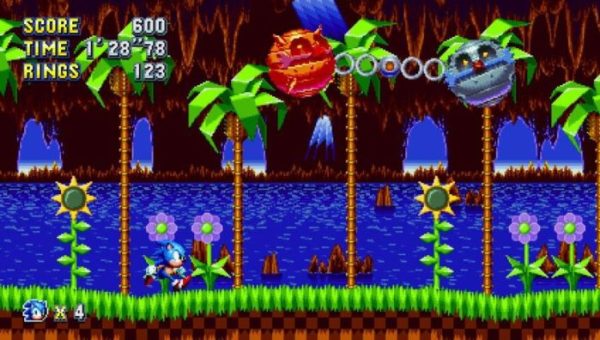 Sonic Mania looks utterly stunning. It really is a pixel-fantasy brought to life and one that will surely resonate as much with die-hard Sonic fans as will be successful in garnering a new audience of retro enthusiasts. Sonic’s animations have been refined, and there are new touches like the way he hangs over the edge of cliff faces or spins laterally after springing up into the air. But it’s the stunning pixel art backgrounds that are Mania’s aesthetic showpiece. Christian Whitehead has redrawn everything from scratch with unprecedented texture and detail. The multiple layers of their design remind me of Castlevania games on the SNES, but this is even prettier.

In combination with a rocking remaster of the original soundtrack, Mania is an assault on the senses in all the right ways. The gameplay is absolutely there, but the way in which it pops out from the screen and gets under your skin certainly recaptures the magic of old-school Sonic. This is a franchise whose popularity is firmly rooted in offering an in-your-face blend of visual charm and exhilarating gameplay, and after 5 minutes of Sonic Mania, I feel like I’m reliving the console wars of the 1990s.

Sonic Mania isn’t likely the sort of title that is going to claim mainstream success, but it absolutely is the game to unite a divided fanbase. It feels like a love letter to the fans, and that is largely because its made by two huge fans in Whitehead and Thomley. This might very well end up being the definitive and timeless Sonic experience we’ve all been waiting for.