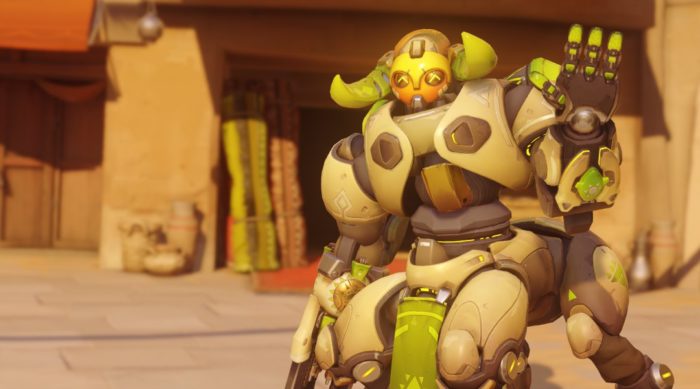 The hype from Overwatch fans for the upcoming hero Orisa is quite real. Since her reveal not too long ago and addition to the PTR, players and fans have been eagerly awaiting when the centaur Omnic would arrive for all platforms. Today, Blizzard revealed that she would be coming full time next Tuesday the 21st,same day as Mass Effect: Andromeda.

Blizzard also took the time to reveal just how they came up with the new Overwatch hero in a new video. The developers thought that Reinhardt needed a fellow character who could stand their ground and move real slow, and Orisa was born. Her design was an amalgamation of different parts–Bastion’s cannon and Gothic Zarya, for instance–and it made her “instantly fun,” according to Jeff Kaplan. Blizzard considers her a “core character” in the lineup in regards to mechanics and hope that she’ll serve a unique role going forward.

While Orisa is technically the youngest character to join Overwatch age wise–she’s only a few months old by the time of her debut–the studio thinks her progression will be interesting in the future. One way or another, they want to tell more of her story going forward.