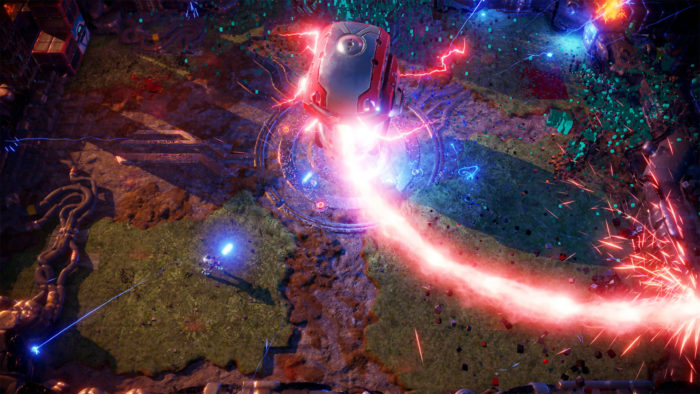 The next twin-stick shooter from Finish developer Housemarque, Nex Machina, will release on PC, as well as PlayStation 4, sometime in 2017.

The developer’s games have become synonymous with Sony’s consoles over the past few years, with Resogun being a PlayStation 4 launch title and Alienation also being an exclusive on the console. However, Nex Machina will now also come to PC. It will also be the first Housemarque game to launch on PC since 1999.

There is no release date as of yet but Housemarque has released a statement saying, “Officially there is no date to announce yet, but our aim is to get Nex Machina out during the summer on PC and PS4. As twin-sticks go, the game will be controller focused, but we are also fine-tuning a mouse and keyboard control scheme as we speak.” A new trailer accompanied the announcement and you can see it below.

CEO of Housemarque, Ilari Kuittinen, said, “It’s amazing and humbling to be able to get back to our roots in PC development, where we started almost 22 years ago.”

Nex Machina will launch on PlayStation 4 and PC later in 2017.