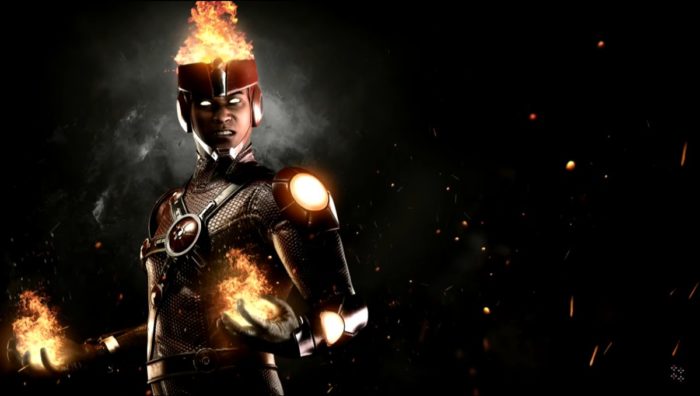 Another fighter has joined the roster of Netherrealm’s superhero fighting game Injustice 2. And this one will certainly make you want to stop, drop, and roll, because that character is Firestorm. The fire based character made up of two people–this time around it’s Jefferson Jackson and Martin Stein, as the character currently is portrayed on the CW’s Legends of Tomorrow show–was revealed to the roster via UpUpDownDown, who got to visit Netherrealm’s offices and got some play time with the character.

Given his name, you pretty much know what moves Firestorm will have in Injustice 2. He’s a far range character that shoots fast fireballs that become a beam if you hold down the fire button. His Character Power will grant him blue flames and set fools ablaze with a more calming color. His Super move will take enemies to a dimension where he dispenses some very fiery pain, and his victory pose is pretty dang hot. (Okay, we’re done with all of the hot puns.)

Injustice 2 comes to the PS4 and Xbox One with Firestorm, Swamp Thing, and a bunch of other heroes on May 16.