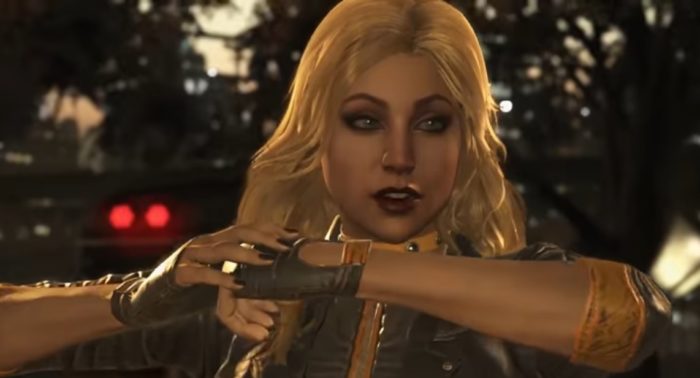 Last week, Netherrealm revealed that Damian Wayne would be back as Robin for Injustice 2. Today, a new character was revealed, and it’s one that fans have been asking about for quite a while: Black Canary. The metahuman/hand to hand fighter got a trailer all devoted to her ass kicking, and it’s glorious. Check it out below.

In the world of Injustice 2, Black Canary was the wife of Green Arrow before Superman beat him death. She stayed out of the first game to raise her child, but now she’s back to train Blue Beetle and beat the crap out of her enemies. She’s regarded generally as one of the best hand to hand fighters in the DC universe, and she certainly shows it in the trailer. Combined with her Canary Cry and her bone breaking super move, she’ll definitely make you wish you brought earplugs.

Injustice 2 fights its way to the PS4 and Xbox One on May 16.