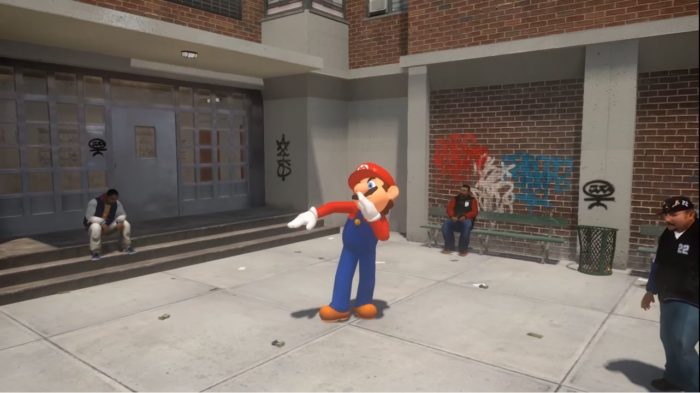 Super Mario Odyssey was revealed last week at the Nintendo Switch event in an announcement trailer that showed off the company’s mascot running and jumping through a city with human characters in it. The disconnect of seeing the brightly colored plumber interact alongside humans with correct proportions puzzled many, but one person took it a step further.

YouTuber CrowbCat used a PC copy of Grand Theft Auto IV and a few mods to send Mario to Liberty City. Mario visits many staples of the city, such as Burger Shot, the bowling alley, and a strip club. Check out the video (NSFW) below.

As noted in the video’s description, “Mario discovers the real world but it isn’t as fun as he thought it’d be.” Mario may have his high jumps and backflips, but his antics are not welcomed by the police and other citizens of Liberty City.

Super Mario Odyssey features other locations besides the city hub, such as forests and deserts. The game is scheduled to release this holiday season for the Nintendo Switch, while the system launches March 3 for $299.