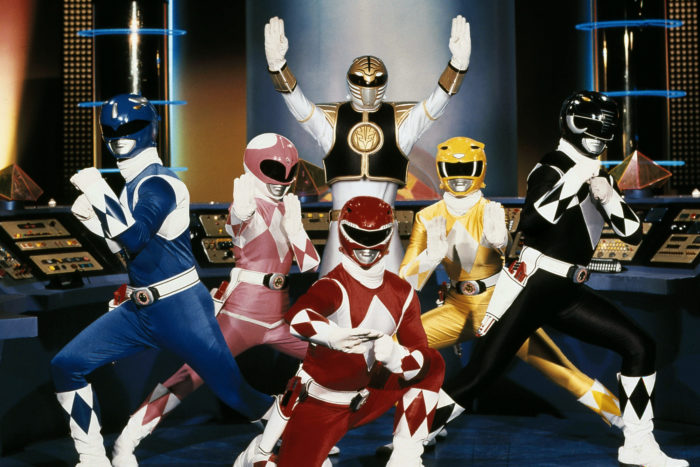 In addition to the upcoming DLC packs focused on Gladio and Prompto, Square Enix also announced that a new piece of content for Final Fantasy XV was coming in late February. The Magitek Exosuit pack will give the four boys color coded armor that looks suspiciously like Power Ranger armor.

The #FFXVBoosterPack is coming out on February 21! The "Magitek Exosuit" will give you an exhilarating experience in battles! #FFXV pic.twitter.com/lyCuBjCGB0

Yes, that’s really what awaits you in Final Fantasy XV’s Magitek Exosuit pack, and it looks glorious. From the different poses–you can tell it’s Prompto in yellow because of his posing, and no way would Ignis try to look anything but dignified–you can clearly tell that this is going to be a fun booster pack. Whether intentional or not, the suits look something that wouldn’t be too far off from a season of the long running Haim Saban show that has a movie due out in late March. Exactly how the boys come across the Power Rangers armor–sorry, Exosuits–doesn’t really matter. What does matter is if the boys are going to pose after the end of each battle.