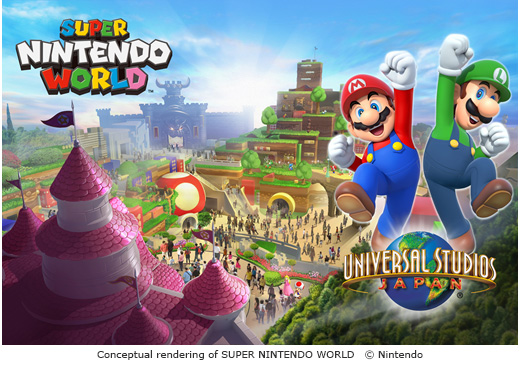 Super Nintendo World is the brand new Nintendo theme park coming to Universal Studios all over the world. Universal Studios Japan has just announced that the new theme park will be constructed and ready to go in time for the 2020 Olympics, set to take place in Tokyo. Construction of the theme park for the rest of the world will take a little longer, however.

‘Super Nintendo World is targeted to open in time for the 2020 Tokyo Olympics. While Universal Studios Japan will be the first location to open, Nintendo themed areas are also coming to Orlando and Hollywood as announced by Nintendo and Universal Parks & Resorts on November 29, 2016.’

Needless to say, the theme park will come with special rides, shops, restaurants, and new environments that feature iconic Nintendo characters. With the release of the Switch coming up in March 2017, along with a whole new spate of games Nintendo has in store for us, it’s a great time to be a fan.

What rides are you hoping to see in the theme park? Let us know in the comments down below.