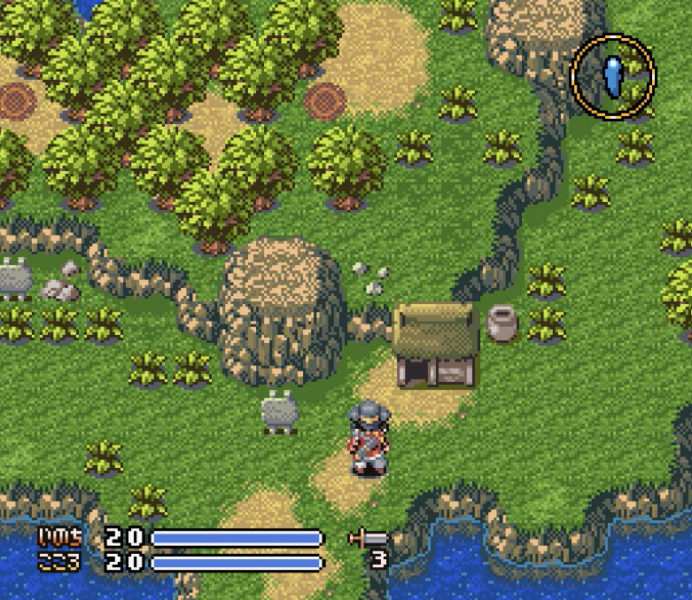 The fine folks over at DidYouKnowGaming? have released a new entry in their Region locked series, this time looking at another game from the creator of Pokemon.

The title is known as Bushi Seiryuuden, and was an action RPG that was played from multiple perspectives. The overworld is played from an overhead perspective, similar to the Legend of Zelda. You can explore areas, cut down bundles of grass, and traverse the game’s large world. The perspective changes once again for conversation, switching to first person. Not only can you talk to the residents of any given location, but you can also explore the environments, observing the details backgrounds.

Combat switches perspective one more time, moving to a 2D style like The Legend of Zelda: The Adventure of Link. The battle started in the overworld where the player chose how to approach them, before being thrust into a 2D battle. The switch to 2D meant that the battles had a sense of verticality, forcing players to leap throughout environments to take down enemies and avoid attacks.But even though they take place in 2D, battles still turn-based elements, adding more tactical gameplay.

The game’s art style also stood out from other titles of the time. The art was done by longtime Pokemon artist Ken Sugimori and had his trademark style and character. Despite all of these fantastic bullet points, the game never left Japan. The main reason for this being the SNES’ decline in popularity leading up to the release of the N64.

The video is incredibly informative and gives a deeper look into a little known Japanese title. You can check out more of their work on their YouTube channel.