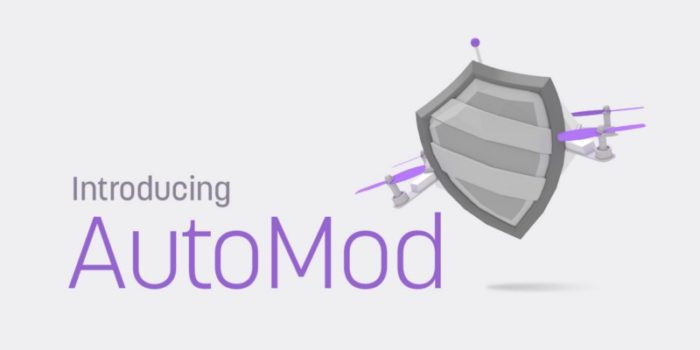 AutoMod is a brand new feature in Twitch’s livestreaming service, and it’s looking a bit hit-or-miss at the moment. To give you a brief rundown, AutoMod is basically a bot that scans your chatroom for words and phrases that may be deemed offensive. Once it detects an offensive message, that particular message is flagged, and will be sent to the stream’s moderators. The mods can then decide if they want to let the message pass or not.

‘Here’s how it works. Streamers can configure AutoMod by selecting one of four levels. These levels affect how aggressively AutoMod holds back messages under four categories: identity, sexual language, aggressive speech, and profanity.

When AutoMod flags a message, it lets the original sender know that moderators will review the message’s content before it’s sent to chat. Meanwhile the message is shown to moderators, giving them a chance to accept or reject the message.’

While it is a cool concept, it does seem like things could get a bit hectic in an active chatroom with thousands of viewers sharing comments. Would chat ever be able to keep up?