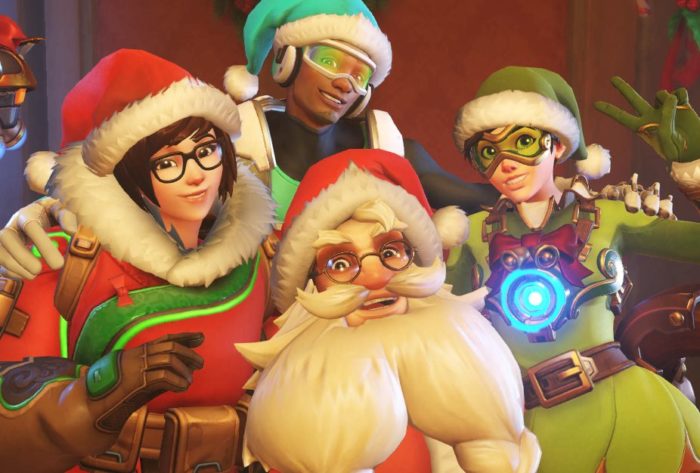 It’s been a big week for Overwatch fans, as the Reflections holiday comic finally revealed the first queer character of the game. While fans were delighted to learn that Tracer has a girlfriend and see other characters celebrate the holidays in their own ways (McCree loves to get drunk, apparently), there were still some questions that were raised. While the game’s lead writer Michael Chu wasn’t going to go into nitty and gritty details, he did say that the man briefly seen with Pharah in the comic was not her date.

Apologies, but I probably won't answer your specific story questions raised by Reflections, though I will say that Pharah is not on a date.

Another question raised from Overwatch: Reflections was Solider 76’s appearance. While he’s hanging around with with Sombra, he can be seen gazing at a picture of him and someone with spiky hair, who many originally thought was Tracer. Chu confirmed that it’s not her, but again, was cryptic about the actual person. Some speculate that it’s 76’s son, while others think it’s the man seen in the group photo in Ana’s animated short.

@TsvokForsaken It is not Tracer.

That’s all Chu had to offer, though he did promise that more info on the various Overwatch characters will come in 2017, either in the game itself, or through the website.