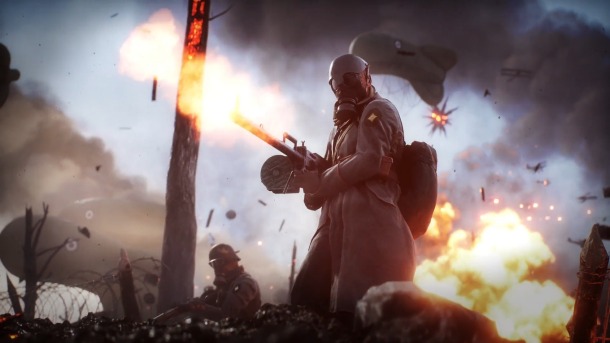 It’s been a little over 2 weeks since Battlefield 1 launched across all platforms and it’s already clear how much of a success it’s become. Today DICE released a post detailing the crazy amount of hours played, kill performed, and tasks completed since its launch. Since its release DICE have been tracking the communities progress, which has lead to some seriously impressive numbers. These statistics are as followed:

Looking at these numbers alone it’s pretty clear how big DICE’s new shooter is, as 59 million gameplay hours in less than a month is no joke. Also, we’d be remised not to acknowledge the 330 thousand roadkills by planes, which is impressive alone. We can only imagine what these statistics would look like a month from now, but it would be cool if DICE actually tracked these Battlefield 1 statistics in real time. Now if you excuse us, we have more pigeons to save and tanks to drive.