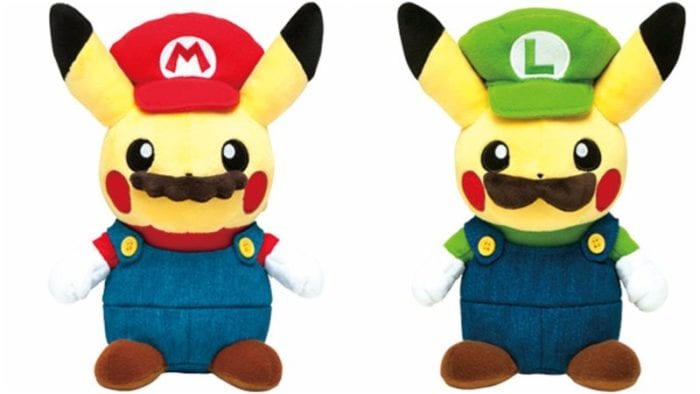 While the gaming industry’s spotlight has been centered around the announcement of Nintendo’s upcoming system, the Switch, the company has also declared that they are set to join forces with the Pokemon Center in an upcoming range of toys that will combine two of gaming’s most iconic characters. The limited edition line of merchandise will combine Pikachu with the Mario Brothers and is set to launch in Japan on Oct. 29.

While most fans will be largely anticipating a cuddly range of Pikachu toys disguised as Mario and Luigi in plush form, the Poke-Mario crossover will also feature collectible trading cards, keychains, and T-shirts. If that isn’t enough, the 3DS will receive a new faceplate option that brings to life Squirtle, Psyduck and Blastoise.

According to reports, the merchandise appears to be exclusive to Japanese stores only, Poke fans throughout the US and UK can still look forward to Pokemon Sun & Moon, which is set to hit shelves Nov. 18 and 23, respectively.