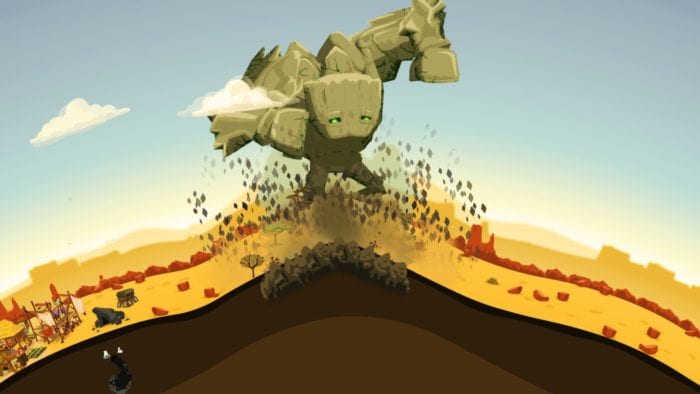 Imagine a living planet. Not a speaking, sentient being like you may be familiar with in comics, but a planet with its own memory and consciousness. A planet that wants to feel itself thriving with life, and which exerts its will through the use of powerful elemental giants. If you’re intrigued by your mental image, welcome to Reus, a game which places you in control of just such a planet, tasking you with managing the life and well-being of the humans who dwell there.

Reus isn’t quite like a typical “god game”. Rather than direct control over the population or divine intervention to shape their environment, Reus allows players to interact only through the actions of the Giants. These huge beings boast an impressive number of ways to affect the world and its inhabitants, but it still gives a much more hands-off kind of feel than you might expect going in. Still, with four unique Giants to impose your will, there’s a lot to do. 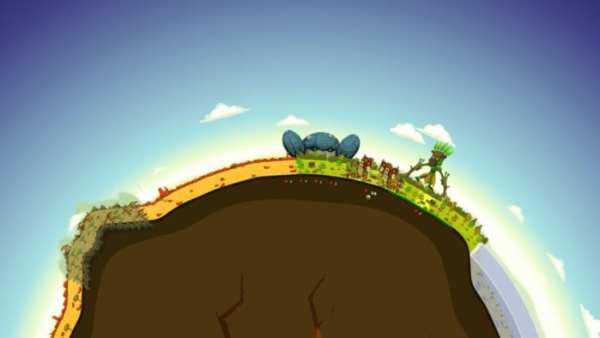 In many ways, Reus is more a game about resource management than anything else. Each game begins with a “clean slate” — a planet that is barren of life, and remembers a time when it was not. As the Giants wake from their slumber, they can be used to form oceans, mountains, forests, and more. Each of these, in turn, may be filled with plants, animals, and minerals that will affect how the game plays out, and there’s a ton of different combinations and effects to employ.

Since the real goal of Reus involves courting humans and seeing to their happiness, the first thing you’ll need is habitable land with the resources they’ll need to survive. Using a combination of plants, animals, and minerals, your Giants provide the villages that line your surface with food, wealth, and technology. Using these, you can help humanity thrive, innovate, and reach new heights of prosperity — or see them give in to greed and waste away.

The most complicated piece of Reus is the game’s ‘Synergy’ system, which creates bonuses for each resource patch based on other nearby resources. Chickens, for instance, will provide more food if next to blueberries, and plenty of other combinations involving all three resource types are the cornerstone to success. Since your workable space is limited, keeping things that work well together is the only way to ensure that the budding civilizations will grow and prosper. 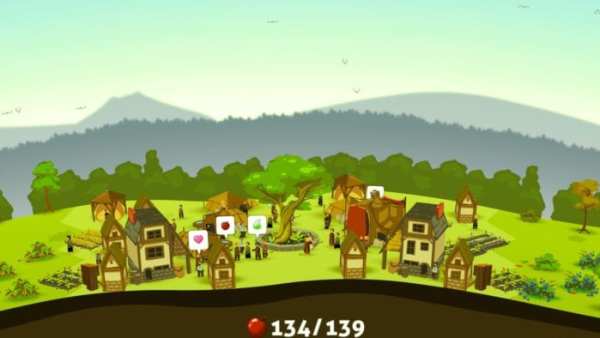 Reus can be pretty difficult to get a handle on, but a three-stage tutorial does an impressive job at laying out the basics in an understandable fashion. Still, much of what your Giants are truly capable of is a matter of experimenting with combinations to see what works well. Players are also able to pause and take the time needed to look over the Synergies available to any given resource, as well as issue commands for their Giants to carry out when play is resumed.

Despite its simplistic look and somewhat limiting feel, Reus offers a wide variety of approaches. Since players have no direct control over the villages that emerge, strategic approaches and close monitoring of their state is important. Humans are, of course, fickle creatures, and those who grow too fast will soon feel an insatiable hunger for more, launching attacks on neighboring villages; whether you allow this to play out, or use your Giants to smite the greedy is up to you.

All in all, Reus is a deceptively complicated game that seems to get more complex the longer you play. Completing more games and earning achievements allows longer play times, unlocks new abilities for your Giants, and generally gives you a deeper experience. This creates a compelling reason to push onward even when you’re feeling lost under the sometimes-obtuse underlying mechanics. You can pick up Reus for a fair $9.99 on the PlayStation Store, or for PC via several services on the game’s official site.