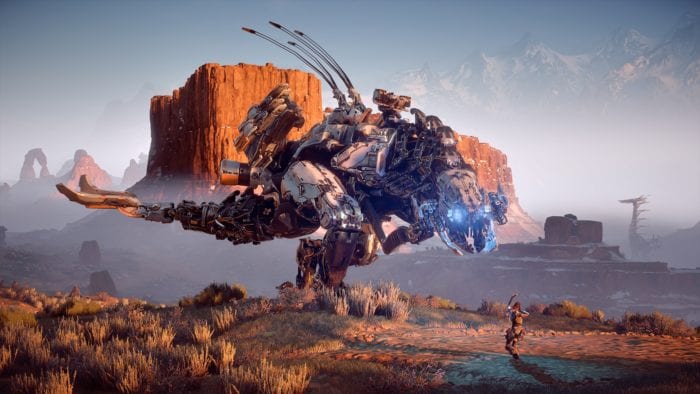 Horizon: Zero Dawn is just four months out from its official release, and Sony and Guerilla Games have just released a new batch of screenshots for the game. In the screenshots, we get a look at a bit of the UI and some gameplay elements, along with some really gorgeous environmental shots. The game takes place in the far future, where humanity is being overrun by both nature and robot dinosaurs. These are all present in the screenshots, and they’re looking pretty nice so far.

The game was originally announced back at E3 2015, where we were treated to some gameplay footage of the protagonist Aloy as she attempted to take down a large robotic creature with a cool electric bow and other neat futuristic gadgets. The game will be an open world experience where players get to interact with various NPCs scattered around the areas as well. You can check out the new screenshots in the gallery down below.

Horizon: Zero Dawn is set to be released exclusively for the PS4 on February 28, 2017.