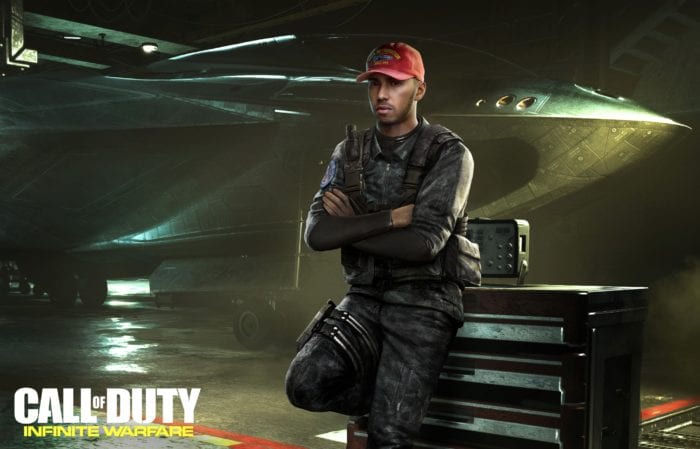 Call of Duty: Infinite Warfare already has Kit Harington taking on the big bad role of an evil space admiral, but it looks like the game’s managed to rope in yet another celebrity for the project. F1 racer Lewis Hamilton revealed today that he, too, will be featured in the game as a character. You can check out his tweet down below.

It's awesome to think I'll be a character in @callofduty! Be sure to check out #InfiniteWarfare this November! 🙌🏾🚀☄#ambassador pic.twitter.com/HDoE8tpqTU

We don’t know anything about his character, so it’s unclear if he’s going to be one of the good guys or if he’s going to be part of Jon Snow’s evil space fleet. Either way, it’s still neat to see some well-known stars taking part in this project, and it should be interesting to see how it all pans out when the game is officially released. Kevin Spacey took on the role of the main villain in Advanced Warfare a couple years ago, and he did pretty well.

Call of Duty: Infinite Warfare is set to be released for the PS4, Xbox One, and PC on November 4.