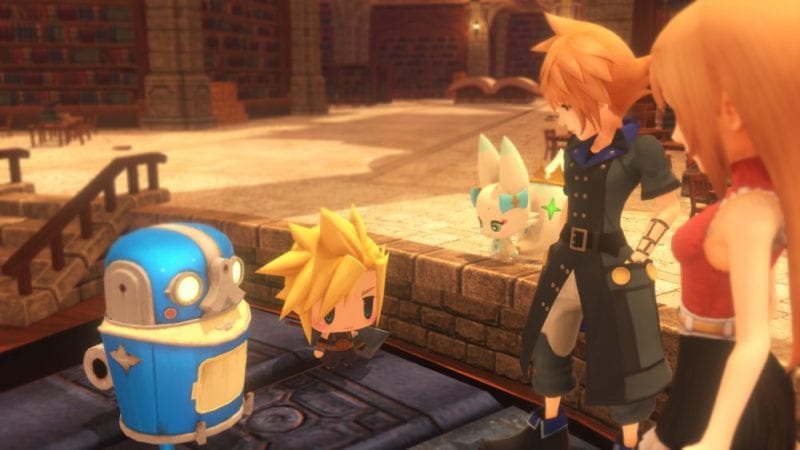 The colorful cover is jam packed with different characters and mirages from the game, with the two main characters front and center. There’s quite a few other original character in the middle of the cover, but you can also see some of the series’ well known summon creatures like Bahamut and Sylph. There’s also a few characters from the rest of the series that make an appearance with Tidus, Terra, Lightning, Squall and Cloud all up near the top. Take a look at the art below.

What do you think of World of Final Fantasy’s box art? How does it stack up against the other games releasing this fall? Let us know what you think in the comments down below.