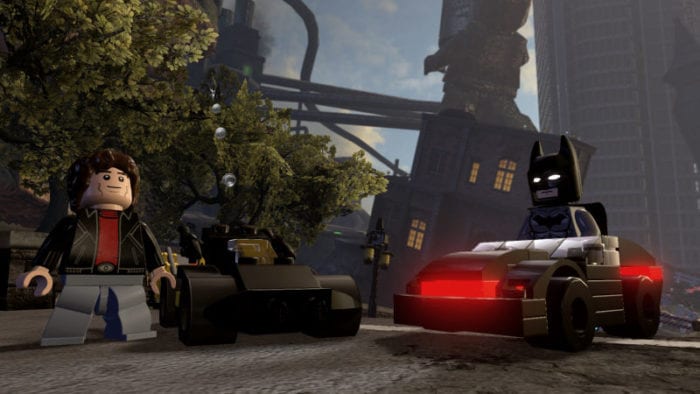 Though Disney Infinity may have bowed out, the Toys to Life genre of games is still going strong. Warner Bros. has announced multiple new packs for LEGO Dimensions, all set to release early next year. These include the LEGO Batman Movie Story Pack, the Excalibur Batman Fun Pack, and the Knight Rider Fun Pack.

Releasing alongside the LEGO Batman Movie on Feb. 10, the LEGO Batman Movie Story Pack will deliver 6 new levels, new gateway bricks that let you build the Bat-Computer on top of your Toy Pad, the addition of Batgirl and Robin, and a 3-in-1 buildable Batwing that can also be made into a Bat-Tank and The Black Thunder. The story pack will encompass the entire movie and will even give players access to the new LEGO Batman Movie Adventure World, complete with a splitscreen competitive arena for up to four players.

If that’s not enough of the Caped Crusader for you, the Excalibur Batman will release the same day. Along with a sword-wielding Batman figure, you also get a 3-in-1 Bionic Steed, which can also be a Bat-Raptor or an Ultrabat. The fun pack gives players access to the LEGO Batman Movie Adventure World as well.

And finally, there is another type of knight releasing on Feb. 10. The Knight Rider Fun Pack, inspired by the 80s action series, features Michael Knight and K.I.T.T. Also a 3-in-1 vehicle, K.I.T.T. can be rebuilt into the K.I.T.T. Jet and the Goliath Armoured Semi. Likewise, the Knight Rider pack will include access to the Knight Rider Adventure World.

All three follow the LEGO Dimensions Harry Potter and Ghostbusters packs already set to release before the end of the year.