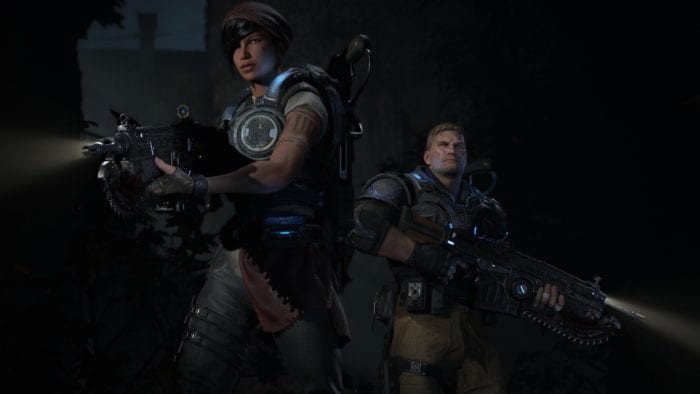 When Gears of War 4 launches on the Xbox One, it’ll come with co-op, both online and split-screen. Today, The Coalition announced that the Windows 10 version of the game will come with that feature added on. Technical director Mike Rayner was speaking to PC Gamer about it, saying that it was “quite difficult to support” and that it wasn’t “just something you can tack on.”

Player one will always be playing Marcus Fenix’s son, JD. Player two will alternate between playing as Del Walker or Kait Diaz. Gears of War 4 comes to Windows 10 and the Xbox One on Oct. 11. Don’t forget to check out the launch trailer!