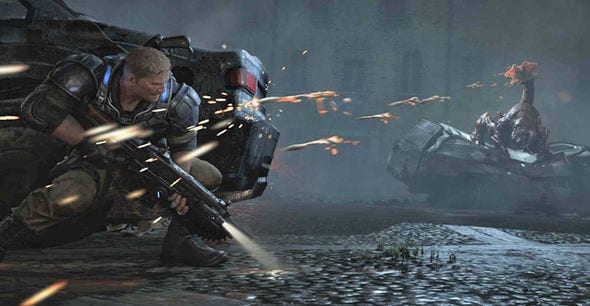 Today it was revealed that The Coalition’s upcoming Gears of War 4 would receive two Xbox One S bundles to stand alongside the special edition system.

Announced via the official Xbox site, the two bundles offer different colors, and hard drive sizes. The Xbox One S Gears of War 4 Bundle will feature a 1 TB hard drive, come in the classic white of the One S, and will come with a download code for the game.

The second is a Special Edition bundle which comes with a deep blue Xbox One S with a smaller 500 GB hard drive, and a physical copy of the game. The Special Edition will set you back $299 while the standard bundle with the larger hard drive will cost $349.

This news follows figures revealed yesterday suggesting the the Xbox One S’ release in the UK had led to a near 1000% rise in week-on-week sales of Microsoft’s home console. The 500 GB and 1 TB systems released last week and came bundled with a copy of FIFA 17 and a month trial for EA Access. As a result, the Xbox One took 71% of the hardware market for the week ending September 24.

What do you make of the two new Gears of War 4 console bundles? Let us know in the comments below.