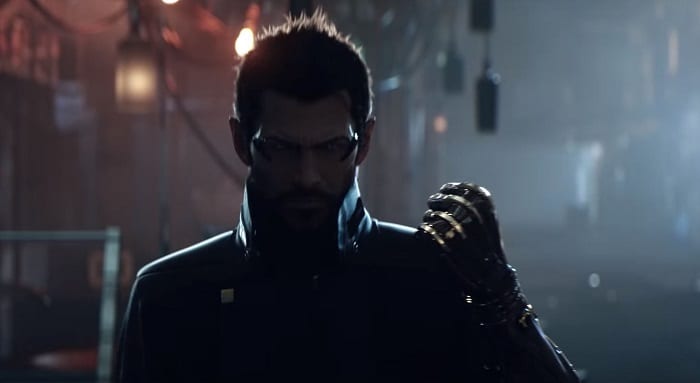 Deus Ex: Mankind Divided is out now, and if you’re playing it, you’re probably having a pretty good time. By now, you’ve seen the game’s opening credits, scored by Michael McCann and Sascha Dikiciyan and quickly getting players caught up to speed on the two year gap after the events of Human Revolution. What you didn’t know is that the actors of the game got credited thanks to the lead, Elias Toufexis, who plays protagonist Adam Jensen.

Toufexis revealed on Twitter that for the opening credits, he originally tried to get the first four actors in there: himself, Vernon G Wells, Peter Serafinowicz, and James A Woods. Instead, the folks at Eidos Montreal went for the main nine–the aforementioned four, along with Victoria Sanchez, Chimwemwe Miller, Karl Graboshas, Mylene Dinh-Robic, and Alex Ivanovici.

Why @EidosMontreal and the @DeusEx team are the best. I asked for the first 4 actors in opening credits. They did 9. https://t.co/jwQ16ODH5X

That’s pretty cool, and a stand up thing Toufexis did. Nice to know that Adam Jensen is nice in real life and the game. Let us know how you’re enjoying Deus Ex: Mankind Divided, and don’t forget to enter our giveaway!