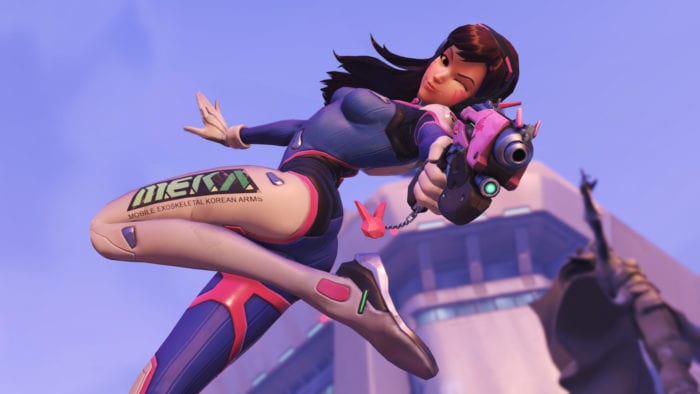 The Overwatch fandom has decided on several agreed upon headcanons. Soldier: 76 is the team dad, and he’s dating Ana (or Mercy, depending on who you ship). Genji has a perfect butt. McCree and Hanzo are dating. Of all of them, none are quite as big and widespread as D.Va being a “Dorito gremlin”, but turning her into Sonic the Hedgehog may be the next big thing.

I dunno it made more sense in my head pic.twitter.com/6kPbonz91b

The art comes to us courtesy of Jorge Manvalez, an illustrator at Floyd County Productions, an animation company best known for working on FX’s hit animated series Archer. D.Va’s pose is a reference to the box art for the original Sonic Adventure for the Dreamcast back in 1999. Reactions so far have been nothing but positive and full of praise, which is something Manvalez definitely wasn’t expecting when he first put it out on Twitter. As some people have pointed out, it’s so good, that it warrants a complete crossover with Overwatch and Sonic the Hedgehog.

I drew Sonic D.Va thinking no one would care
It's now my most shared and liked drawing here

The Overwatch community is full of some amazing fan art (not just of D.Va, but of all the characters), and we’ve pointed out some sterling examples here.