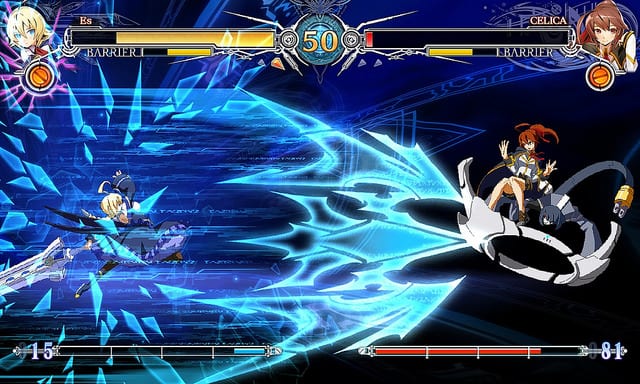 Today, details on BlazBlue: Central Fiction’s Limited Edition were revealed, alongside what DLC players can expect to see available in the future.

The news came via a post on PlayStation blog, which revealed that BlazBlue: Central Fiction’s newly announced Limited Edition will be coming with an art book, Nendoroid figure, and soundtrack from the game.

Fans will probably be most interested in the Nendoroid figure. This is a mini Noel Vermillion figure created by the guys at Good Smile. Noel is striking an iconic pose that fans of the series will immediately recognize. The hardcover artbook contains 100 pages of art showcasing the beauty of the 2D fighting series, while the soundtrack features 10 tracks from the game.

The post also revealed that Central Fiction would also see a new challenger arriving in the form of DLC for the game. Es, Guardian of the Azure from the Xblaze series arrives to deal out some serious damage. Es will offer a straightforward character for newcomers to the series, but also has the ability to enhance her special moves, meaning those experienced with the series will be able to get even more deadly power out of the newcomer. Es will be free to download on the PlayStation Store for the first two weeks after launch day. Following that, she’ll then be available to purchase, though no price has been revealed as of yet.

Though no release date has been confirmed as of yet for BlazBlue: Central Fiction, it is set to release this holiday season.