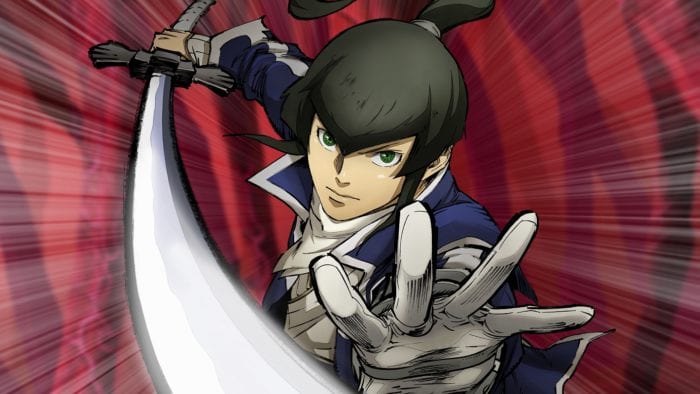 Today, Atlus announced that Shin Megami Tensei IV: Apocalypse would see a release for the 3DS on September 20. In addition to the release date, a trailer was also shown that displayed the cast of characters. Check it out below.

Our protagonist for the game is the silent Nanashi, who’s trying to become a member of the Hunter Association, but later ends up getting murdered by a demon. Fortunately, he’s revived by the god Dagda in exchange for being a “Godslayer” in the world. He’s joined by his childhood friend Asahi, eager to prove herself in the field while also needing to get over her doubts. There’s also Hallelujah, who’s ordered to join Nanashi’s group and is joined by his fox-like pet Chironnupu; and Gaston the Magnificent, Navarre’s younger brother.

Speaking of Navarre, the Samurai from the Eastern Kingdom of Mikado will be in Shin Megami Tensei IV, albeit as a green ghost. Another returning face is Nozomi, the new Fairy Queen who works under the goddess’ Danu’s protection. Expect her to provide valuable insight into your party. Finally, there’s Isabeau, the Samurai best friend of Flynn from the previous game, and the Oni mask wearing Toki, who probably has a hidden agenda.

Excited by the cast? Let us know in the comments below.