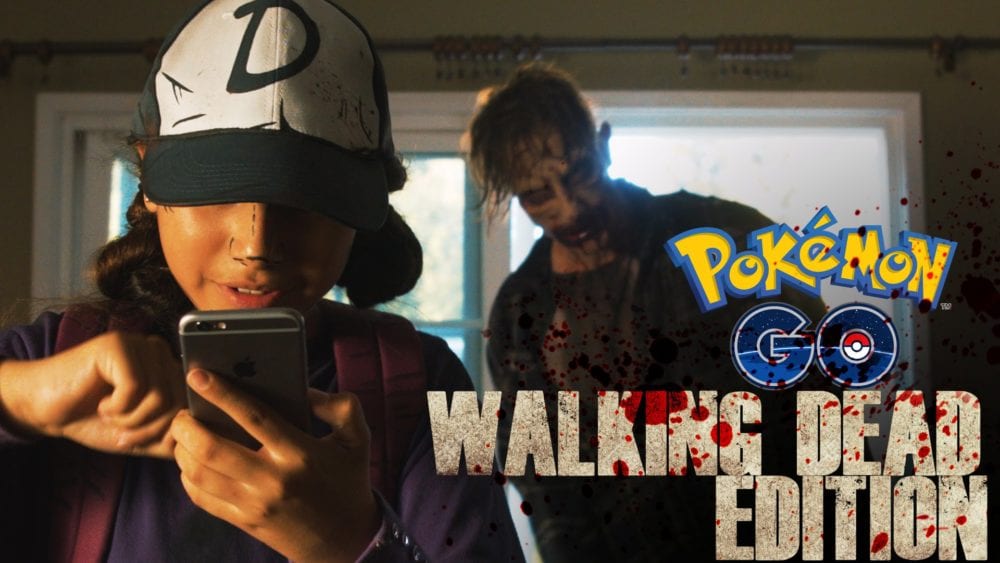 Pokemon GO may be captivating the attention of, well, just about everybody right now, but who says other franchises aren’t able to get in on the augmented reality, geo-tagging action?

Forgehouse Films have produced a hilarious spoof showing what might have happened if Pokemon GO existed in the universe of Telltale’s The Walking Dead.

Check out the short feature below.

Turns out that Clementine wouldn’t have lasted a second in the zombie apocalypse in 2016, as she’s just as addicted to Pokemon GO as the rest of us.

Or perhaps not, as even the zombies themselves are partial to catching them all in between eating them all.

This isn’t the only Pokemon GO/undead related news to break this week, as a woman in Wyoming came across a corpse while looking for water-dwelling Pokemon in a nearby river last Saturday.

For all things Pokemon GO and The Walking Dead, keep your eye out on Twinfinite.