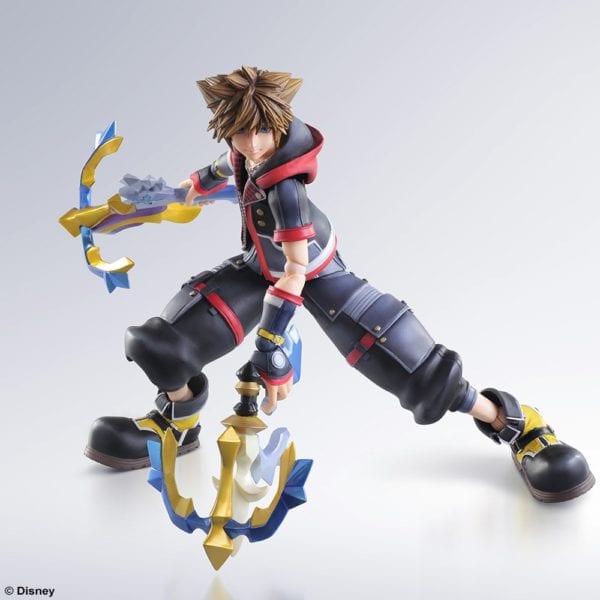 Kingdom Hearts III will have a lot of new things when it releases, one of which will be a new outfit for its lead hero, Sora. The now grown up hero will be rocking a black and red jacket/pants combo, modeled after his look in KH2 and rocking the cover scheme of his threads in Dream Drop Distance. It was first shown off during a gameplay trailer last year, and now they’re making a new action figure for it.

The figure, which was made by Play Arts Kai, has flexible materials that allow for you to pose him however you’d like. Along with his trusty Keyblade, the Sora figure will have dual crossbows that you can put in his hands. All of this will run you $150, and it’s available to pre-order here. The current planned release date is January 30, 2017. Go, go, go! Play with it while you wait for Kingdom Hearts III!