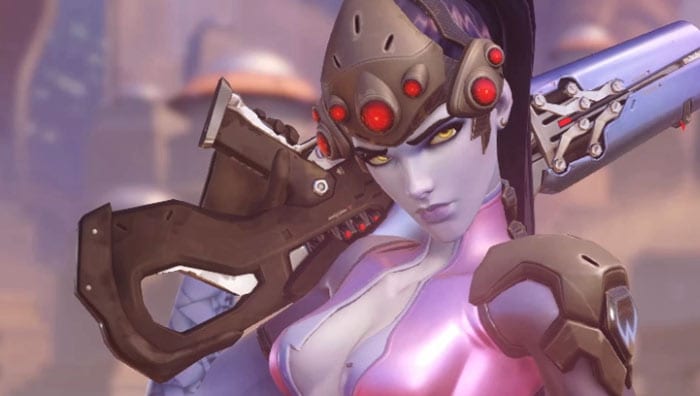 Blizzard Entertainment was quick to address concerns that Overwatch fans had with characters like D.Va and McCree. While they’ve already stated that McCree’s ‘fan the hammer’ shots will likely be nerfed so that he can’t take out tanks with just one combo, D.Va might actually get a slight buff, though they haven’t said anything concrete about her adjustments just yet.

However, new complaints have arisen. This time, fans are asking whether Widowmker will get readjusted too. Over at the Battle.net forums, fans have brought up issues with Widowmaker like her body shots being able to one-shot some characters (as a Zenyatta main, I agree) and the power of her SMG. There were also concerns about her ultimate ability being completely unannounced to the enemy team when activated. Overwatch director, Jeff Kaplan, was quick to respond.

“Widowmaker is on our radar. We are discussing her. We have some internal experiments going to see if we can keep her viable while lowering the frustration threshold a little bit. Right now, this is just exploration. If something more comes of it, we’ll let you know.”

Again, it’s clear that Blizzard is really taking care of their new game and making sure that all of Overwatch’s heroes are as balanced as possible. Overwatch is now available on PS4, Xbox One, and PC.