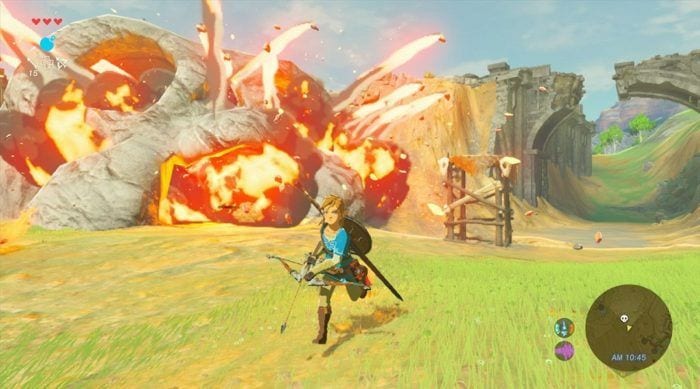 To quote Aonuma, “It’s really difficult to leave an impression on players with just text,” and that “It’s not that I made everything voiced. But I have these moments where I want to leave impressions on users. I add voice there.” Aonuma also revealed that the first time he heard a TLoZ character talk it “touched [his] heart” and that it “was really striking emotions.”

However, while voice acting is now part of the series, Aonuma revealed that Link will remain voiceless because they don’t want to risk Link saying something that the player wouldn’t think that Link would say. According to Aonuma “If Link said something the user doesn’t agree with, that relationship between the user and Link would be lost.”