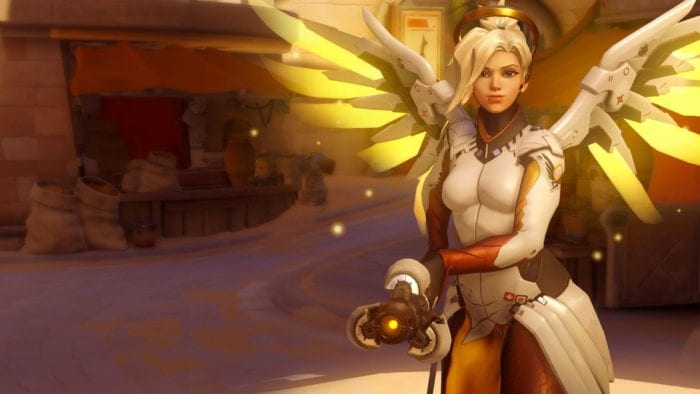 Thanks to Planet Overwatch, we now have a better idea of who are the most and least popular heroes in Overwatch right now. Here’s some good news, support players. According to this chart, it looks like Mercy is the most frequently used hero in the game at the moment. As for the least used heroes, it looks like Zenyatta and Mei fall into that category. It’s a bit of a surprise, really, considering how most average players have been talking about how ridiculously overpowered Mei is. It’s always possible that the community has collectively decided that Mei’s ability kit is detrimental to the game, and that could be why less players are using her these days.

To better understand how this chart was created, and what kind of data was calculated, here’s Planet Overwatch’s explanation:

“The formula I use to determine Hero Pick Rate is “Number of Times X Hero has appeared divided by Number of Sides Played”. Sides refer to Offense or Defense halves, with each Map having two Sides played for each. If I see two McCrees appear on a Team’s Lineup during one Side, they get counted twice, so this ratio can exceed 1.

This is why I’m referring to my formula as “Hero Pick Rate” instead of “Hero Pick Percentage”. Consider McCree’s Offensive Rate: 107.3%. What this number means is this: “Over the course of an Offensive Side, you can expect to see 1.073 McCrees appear on a Team’s Lineup”. I convert these Rates to Percentages for cosmetic reasons only — percentages just look better on Infographics and on paper.”

How are your favorite Overwatch heroes ranking on this chart? Let us know in the comments down below.