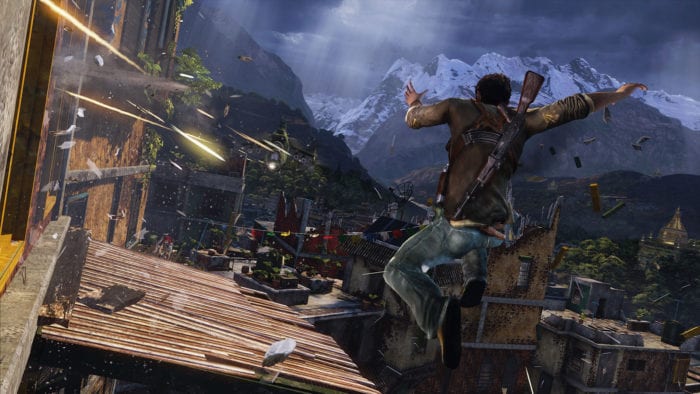 In a quick sketch posted on PlayStation’s YouTube channel, Nolan North, the voice actor of Uncharted’s Nathan Drake, struggles to stop thinking like the character.

Standing outside of a large old building somewhere, North and voice actor for Nathan Drake’s brother Samuel in Uncharted 4, Troy Baker, get into a bit of an odd conversation. As they look on at the building, North points out how simple it would be to scale the side of the building and loot the valuable artefacts from within. As North goes on about how he’d “shimmy up that pole like a gibbon,” Baker looks on, somewhat terrified of North’s attachment to his virtual alter ego.

However, when Baker confronts North about inadvertently slipping into the persona of Nathan Drake, North gets a bit defensive. You can check out the clip out below.

The little sketch is just a snippet of the longer ‘The Brothers Drake’ video which is due to go live on PlayStation’s YouTube channel on Monday, May 9 at 7 AM PST.

Will you be watching the whole video when it goes up on Monday? What do you think of the Troy Baker and Nolan North as brothers? Let us know in the comments below.