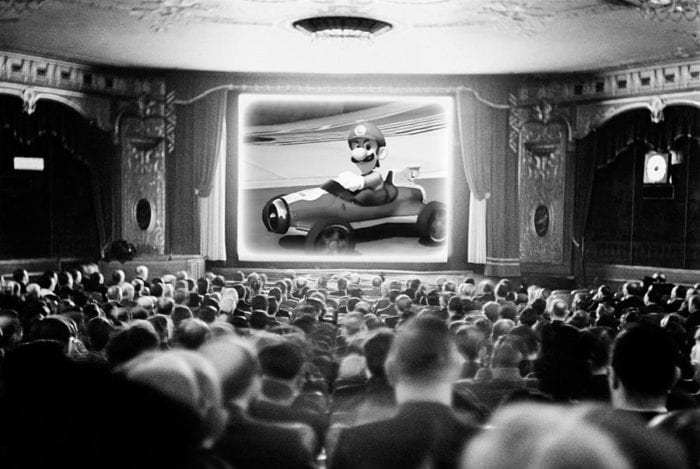 Nintendo may be primarily known for their role in the video game industry, but that’s not the only market they’ve tackled. The Japanese company actually started out as a playing card company, eventually evolving into the video game giant it is today, but Nintendo now has plans to return to a different medium: cinema.

Japanese newspaper Asahi Shimbun scored an exclusive interview with Tatsumi Kimishima, the current President of Nintendo, who revealed that they have been working on a new movie. The article notes that they have partnered up with multiple production companies around the world, but Kimishima explained that they are trying to do a lot of the work themselves, most likely in the vein of the recent Pikmin Short Movies. This is completely understandable since the company has been extremely reserved about lending out their intellectual properties since the catastrophic Super Mario Bros. live-action movie in 1993.

If the movie is as well-made as the Pikmin Short Movies, fans have a lot to look forward to.

In 2006, there was an Animal Crossing animated film that released solely in Japan, and Bowser even made a cameo in 2012’s Wreck-It Ralph, but, other than that, they have largely stayed away from the movie business. Now seems as good a time as any, with their brand expanding at an alarming rate, with Nintendo making a move onto mobile devices and even theme parks.

Although Kimishima didn’t reveal what IP they would be making the movie about, it’s very possible that they may choose among their most popular franchises like Super Mario, Legend of Zelda, or maybe Metroid. Who knows? It could even be Splatoon, given how incredibly popular the shooter has been in Japan lately. Whatever the movie is, though, Kimishima made it clear that they haven’t forgotten their US audience, and that they are looking to see a worldwide release in the next 2 to 3 years.

What franchise are you hoping Nintendo makes a movie for? Feel free to sound off in the comments below!