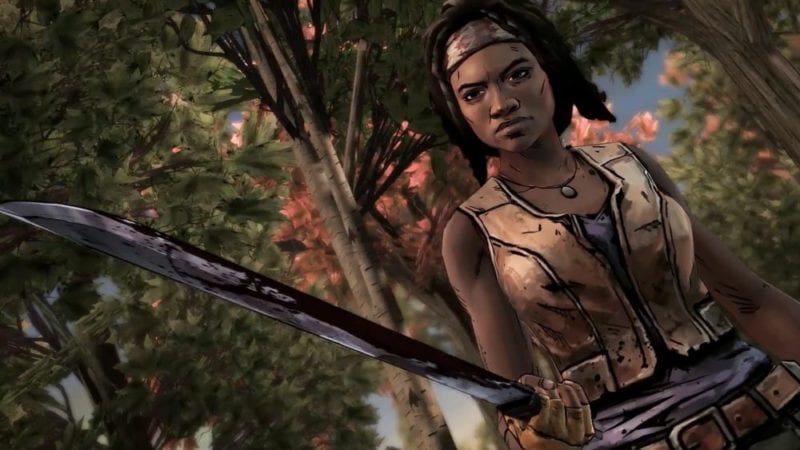 With the release of The Walking Dead: Michonne episode two due out tomorrow, Telltale has taken to its Twitter account to share some screenshots of the new episode.

The miniseries tells the story of Michonne during the period of time in which she left Rick Grimes and the others in the comic book series as she tries to come to terms with her past. Episode two, titled ‘Give No Shelter’ will follow Michonne as she and others seek to escape the Monroe colony while Michonne continues to struggle psychologically with problems from her past.

The new screens seem to show Michonne in a number of different scenarios, but it definitely looks like it’s going to be another action-packed episode for the miniseries. You can check them out below.

Telltale also tweeted out to let fans know to expect the official trailer for episode two will be arriving today at 10am PT/ 1pm ET.

The miniseries is only three episodes long, and while we did enjoy the first episode, we felt it ended a little too quickly and didn’t allow for the amount of choice that we’re used to from Telltale’s games.

The Walking Dead: Michonne- Episode 2 is out tomorrow on PlayStation 4, PlayStation 3, PC, Xbox One and Xbox 360 on March 29. The game will then come to iOS and Android devices on the following day.

What have you made of The Walking Dead: Michonne so far? Let us know in the comments below.