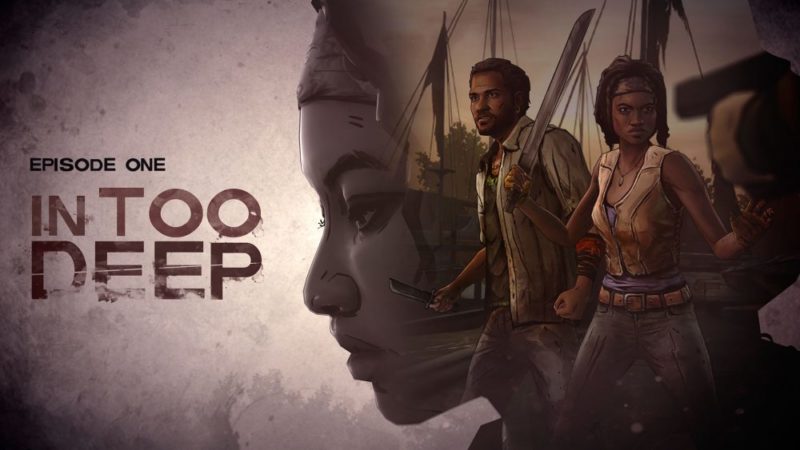 The Walking Dead: Michonne, Episode 1: In Too Deep on Xbox One

It’s nigh impossible to play The Walking Dead: Michonne without directly comparing it to Telltale’s previous offerings on the franchise, which makes sense as they both fit canonically in the comic book world Robert Kirkman crafted. This doesn’t exactly do Michonne any favors since the bar was set so high by the first two seasons of The Walking Dead.

Perhaps one reason why those seasons have been so successful is that they introduced us to completely new characters in wholly unknown and brand new situations, where the audience never quite knew what to expect. In addition to this, most Telltale titles are essentially interactive movies, but the developers usually do an excellent job at making you feel like you’re really making weighty, impactful decisions that will affect the outcome of the game. Michonne, however, doesn’t have these luxuries.

Our titular heroine is a well-established character who many have been following for over ten years now in the comic world. We know where she was before the game, and we know where she’s going at the end. This presents the problem of immortality. While in previous seasons you may not want to upset someone for fear that they’ll show up a couple episodes down the line and take you down, the audience knows that Michonne makes it through this tussle, no worse for wear.

What makes it a bit more interesting is that because Michonne has a personality that fans are already familiar with, you may find yourself making choices aligned with her existing character. For instance, Lee and Clementine required you essentially craft them into your own vision, so I almost never selected the silent, “…” option with so many interesting things to be said. In Michonne, though, I stayed silent for nearly half of the dialogue options, because that felt like a very Michonne thing to do in those instances. Playing the game as a specific, well-known character brings a neat new dynamic in that regard. 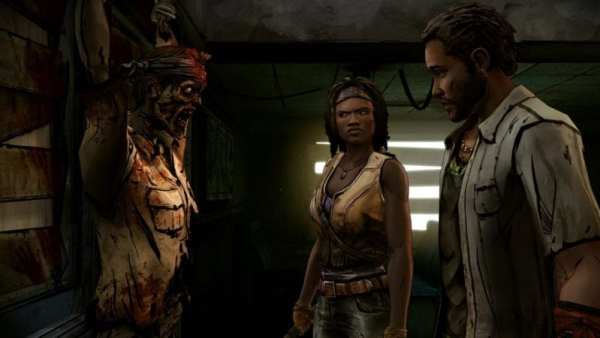 At any rate, Michonne isn’t the only one who can’t die. Fans of the comic will recognize a number of other faces known to make it through whatever hardships this mini-series presents to them. This also presents the opposite problem: If you’re not one of these unkillable characters, you’re probably not important enough to care too deeply about. There are several interesting new characters who have great potential for development in upcoming episodes, but it’s tough to be too invested in them if you’ve read the comic. Interestingly enough, and most unexpectedly, this may well be a game more enjoyed by people who aren’t too familiar with the source material.

Of course, you’re not supposed to be as invested in their stories; this game is called The Walking Dead: Michonne, not The Walking Dead: Everyone Else. Though a highly popular character, she tends to keep to herself and rarely lets any nugget of information regarding her past before the outbreak leak to even her most trusted of allies. While she may not talk about her family and life from before the outbreak, the topic always weighs heavy on her mind. The mini-series attempts to give some more depth to this aloof woman, offering the player a more intimate look inside her head and what she’s thinking; things she worries about while staying stone-faced.

Michonne’s inner demons torment her throughout the episode, and cause her to hallucinate and see her kids at unexpected moments. Their sudden appearance legitimately made me jump at one point, which definitely added to the game’s impact and put me on the edge of my seat for a little bit. I probably would have been on-edge for longer, but In Too Deep played out over a meager hour and a half, which doesn’t leave much time to stay tense. Most other Telltale episodes can last anywhere from two to four hours, so the length of this one came as a disappointment. This is a mini-series, lasting only three episodes instead of the usual five, so it would have been nice if each episode was a bit more content-heavy to make it feel more worthwhile. 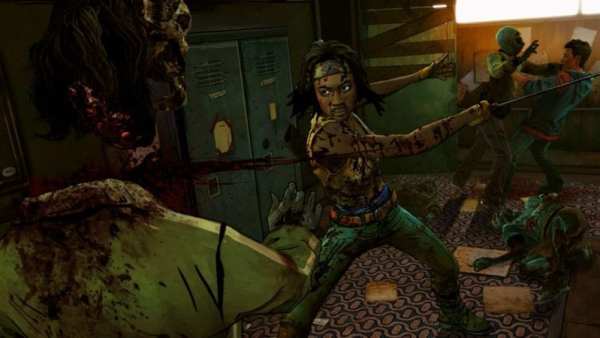 It may not be her usual blade, but she can still slice and dice with the best of them.

Perhaps the reason the episode felt too short was because everything plays out incredibly fast. There are minimal instances of wandering around talking to the locals, with many quick-time events to fill those gaps. This makes sense since Michonne is a less-talk/more-action kind of woman, and she knows how to handle a blade well enough to make the QTE fight sequences thrilling.

It’s a slight letdown to see Michonne without her iconic katana, but her prowess with a machete is just as impressive and lethal as one would expect. It’s just that, when you hear that there’s a game where you get to play as Michonne from The Walking Dead, one of the first things that excites people is the prospect of swinging that katana around. She feels almost incomplete without it.

A topic that seems to come up with every new release from Telltale Games is the matter of their tired old game engine. Happily, it seems they’re learning how to make their titles play smoothly on consoles without a single hiccup. This title doesn’t just play great, it looks great too. They’ve done the comic book style in several games now, such as Tales from the Borderlands and The Wolf Among Us, and the quality only improves with every title. It would still be nice to see them bring out an updated engine this year, but it is comforting to know they’re on the right track.

It would also be remiss of me to ignore Samira Wiley’s performance as our leading lady. Her voice brings a gravitas worthy of the stoic Michonne, and it’s one of those rare instances where the voice you hear in your head when reading the comics is eerily similar to what you’re hearing on-screen. Wiley’s casting in the role is spot-on, and her continued performance is one of the most exciting things to look forward to in the upcoming episodes.

All things considered, The Walking Dead: Michonne is off to a decent start with plenty of room for improvement. Most of the new characters may feel like zombie fodder, but they’ve got some interesting personalities that will be fun to follow. Plus, Michonne may be immortal in the game, but that doesn’t mean she won’t get banged up along the way through both physically and mentally demanding trials. If you’re new to The Walking Dead and haven’t read the comics, you’ll probably really love the game. If you’re already a fan, well, just go in with an open mind.