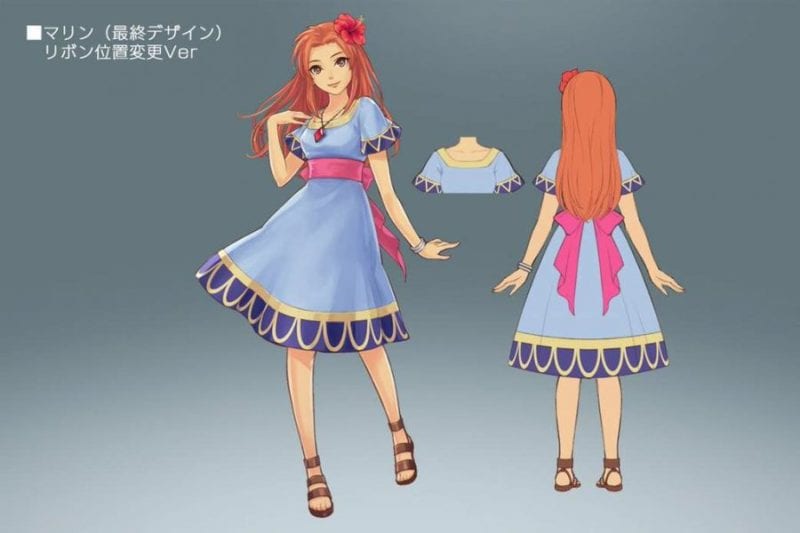 Part of the beauty of the Hyrule Warriors games is how so many characters from across the Legend of Zelda franchise are put together in one grand action game. Fanservice runs wild as there are representatives from nearly every major Legend of Zelda game, and Link’s Awakening is set to be no exception. As part of the upcoming packs of downloadable content arriving for Hyrule Warriors and Hyrule Warriors Legends on Wii U and 3DS respectively, Marin, a young girl that accompanies Link on his adventure through Kolohint Island, is joining the fray.

As Link’s Awakening isn’t necessarily one of the most popular Legend of Zelda titles, it’s wonderful to see representation from even the more obscure characters. After all, they did add Agitha from Twilight Princess, and she’s almost as obscure as it gets.

When considering how Marin might engage enemies in combat, things get a little mysterious. Those who have played Link’s Awakening may know that Marin doesn’t really fight anyone, nor does she ever display as particular combat skills. That seldom deters the developers at Tecmo Koei from designing a character for the anyway, as evidenced by the inclusion of characters like Agitha, Tingle, King Daphnes, and more.

“Hey, kid, I’ll give you three seashells to let me be in Hyrule Warriors.”

Marin’s primary skill, however, is her singing. In The Legend of Zelda: Link’s Awakening, Marin was constantly singing left and right, so you may expect her musicality to somehow play in her combat techniques. Some concept artworks for the Game Boy game have featured Marin holding a harp, however, Sheik already uses her harp as a weapon in Hyrule Warriors. Two harps would be fine, though. You know that classic saying everyone is always saying, “The more harps the merrier.” Everyone totally says that.

For now, there’s no knowing exactly what Marin will bring to the table, but she is a welcome addition nonetheless. You’ll be able to recruit Marin in Hyrule Warriors and Hyrule Warriors Legends when the Link’s Awakening DLC pack drops this summer.