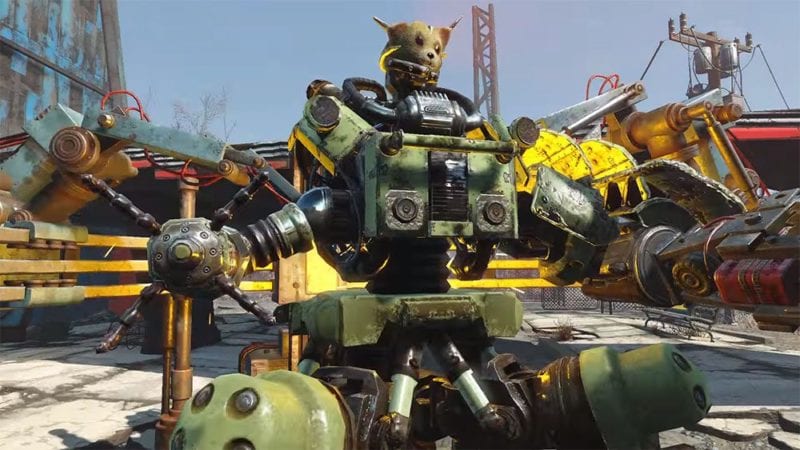 Bethesda have released a trailer for the first piece of Fallout 4 DLC titled Automatron, with a release date of March 22 set by the company.

The Automatron DLC pack will cost $9.99, and will let you create your own custom robot. You can collect parts by taking down enemy robots around the map, and there will be hundreds of changes that you can make to have a unique robot at your disposal. You can see these custom robots in action in the YouTube trailer for the DLC.

Two more pieces of DLC are planned for Fallout 4 before the end of May. The Wasteland Workshop is a small expansion that will add extra customization options for your settlement, as well as the chance to catch enemy mobs to tame.

Far Harbor is planned for May, and is effectively a story expansion like previous DLC for past Fallout games. It will also include the largest land mass for a Bethesda DLC, and will be highly anticipated by fans.

Fallout 4 released on Xbox One, PlayStation 4, and PC on Nov. 10, 2015. The Automatron DLC pack will simultaneously release on all three platforms.