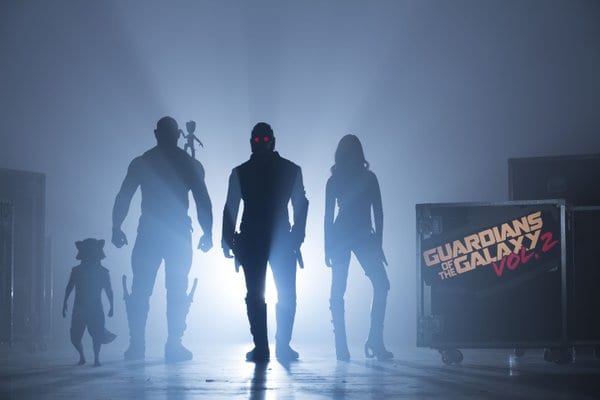 In addition to showing off a photo of our a-hole cast, Guardians of the Galaxy Vol 2 has gone and announced the cast for the sci-fi comedy film. Returning cast members include Chris Pratt as Peter Quill/Star-Lord, Zoe Saldana as Gamora, and Dave Bautista as Drax, while Bradley Cooper and Vin Diesel will once again voice Rocket Raccoon and Groot, respectively. Karen Gillen will also be back as Gamora’s evil sister Nebula, as will Michael Rooker as Yondu, and Sean Gunn as Kraglin.

New cast members include Chris Sullivan from Showtime’s The Knick, The Great Gatsby’s Elizabeth Debicki, Oldboy’s Pom Klementieff, and The Hateful Eight’s Kurt Russell. The roles of Russell, Sullivan and Debicki have yet to be revealed, while James Gunn tweeted earlier today that Klementieff will be playing the comic book character Mantis.

. @PomKlementieff is playing Mantis. As for the rest, you’ll have to wait. https://t.co/NG7ZYGj0YS

Guardians of the Galaxy Vol 2 hits theaters on May 5 of next year. Excited for the new cast? Who do you think Sullivan and Debicki will be playing? Let us know in the comments below.