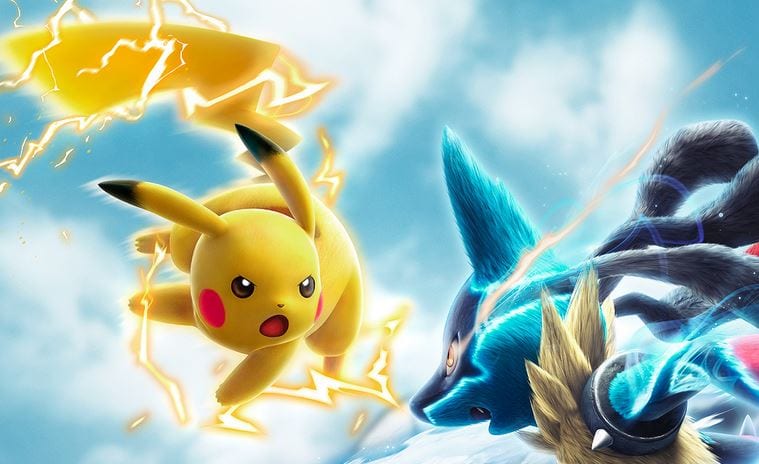 Pokken Tournament is a measly one month away from release in North America, and to celebrate that fact The Pokemon Company has released a new trailer to celebrate.

The gorgeous CG trailer gives us a couple different Pokemon match ups. Pikachu vs. Lucario, Garchomp vs. Braixen and Machamp vs. Suicune all before the mysterious new version of Mewto called “Shadow Mewtwo” makes an appearance.

Pokken Tournament allows you to pit some of your favorite Pokemon against each other in the fighting game matches you’ve always wanted. Other Pokemon like Chandelure, Blaziken, Gardevior and more are also playable. The game is developed by Bandai Namco, and blends elements from the prominent fighting series Tekken and of course Pokemon.

Pokken Tournament launches on March 18 exclusively for the Wii U, and it looks like it will stay only on Wii U for the foreseeable future. Check out the trailer down below, and you can also watch 15 minutes of gameplay here. A championship series including a tournament at Evo has already been announced for the game. What do you think about Pokken Tournament, are you excited to pick it up? Are some of your favorite Pokemon featured fighters, or are there others you wish were in the game.