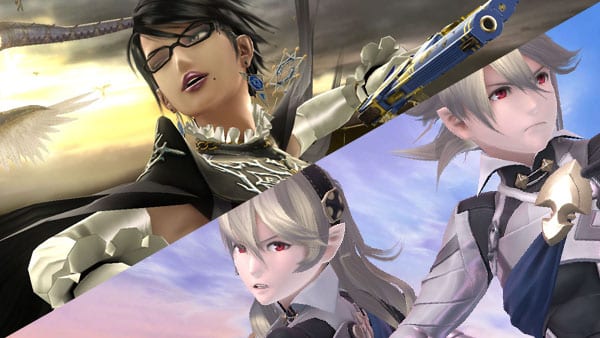 The stream of DLC is almost at an end for the newest Super Smash Bros. We’ve seen some incredible additions so far with Mewtwo, Lucas, Roy, Ryu and Cloud Strife. The final two downloadable characters are on their way with Corrin from Fire Emblem Fates and Bayonetta.

Corrin will be available for $4.99 on each platform, or $5.99 for both platforms combined. The character will come with both male and female variations, and add on two songs from Fire Emblem Fates. The 3DS version also comes with trophies of Ryoma and Xander from Fates.

Bayonetta will cost $5.99 for each platform, or $6.99 for both systems together. She comes with two different variations of her blue suit from Bayonetta 2, and her original costume from the first Bayonetta. The add-on also includes the new “Umbra Clock Tower” stage with songs from both Bayonetta games. Trophies of Bayonetta, Jeane, Rodin and Cereza are also included.

Both characters will be hitting the game in the afternoon of February 3, and you can see gameplay of Bayonetta vs. Corrin as well as the Umbra Clock Tower stage below. Are you planning on grabbing both characters on launch day? Will you just pickup one of them? Let us know down in the comments.