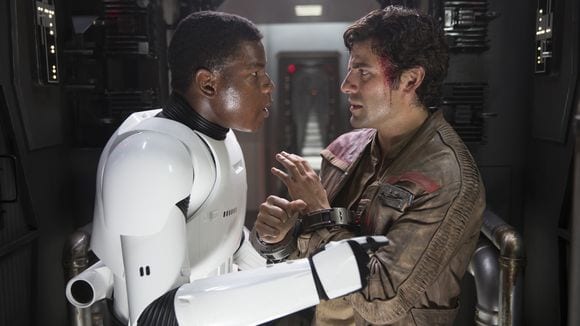 So you’ve probably seen Star Wars: The Force Awakens at least twice at this point, right? A lot of people right now think that two of the film’s protagonists, Finn (John Boyega) and Poe Dameron (Oscar Isaac) should be a thing, and since the movie released, the ship has already been dubbed Stormpilot. And apparently, those fans aren’t alone.

Adorable, right? Naturally, fans of the Finn/Poe ship lost their damn minds when they saw Rian tweet it out.

@rianjohnson YES. Rian Johnson, be the hero we need and deserve, please. #LGBTQ

@rianjohnson BE THE HERO WE KNOW YOU ARE

Will Poe and Finn become an item over the new trilogy? We won’t know for sure until Star Wars 8 hits theaters in May of next year. But for now, rest assured, shippers: Rian’s aware of your passion and seems to support it.