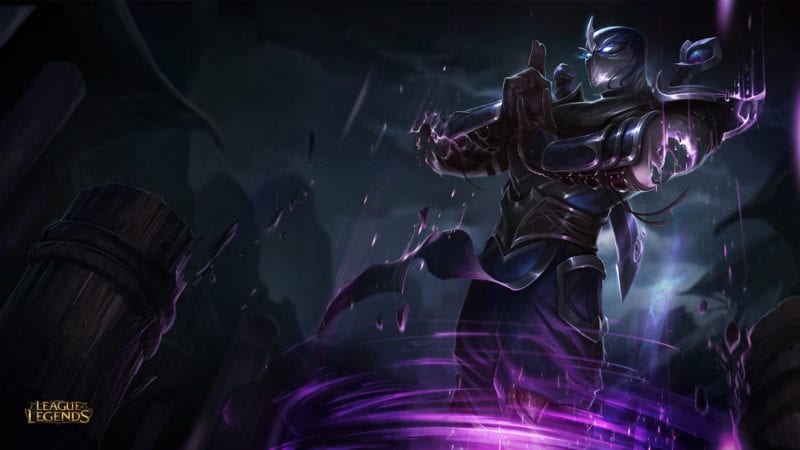 Hot on the heels of the recent Poppy rework, Riot Games released the long-promised Shen rework onto the League of Legends PBE earlier today. Don’t worry, Shen mains, because on the game’s official website, Riot Games promises that “Shen’s staying largely faithful to his original design.”

Along with updating all of Shen’s models, the rework also changes his passive, Q and W abilities to turn Shen into a purely melee champion. According to Riot Games, the reason for this was because the original Q and W abilities are “painfully generic.”

Starting with his Q, it’s been changed to “Twilight Assault” which sees Shen summon his spirit blade to empower his next three attacks to deal extra damage based on a portion of his target’s max health. On top of that, if the spirit blade collides with an enemy on its way to him, Shen deals additional damage and gets increased attack speed.  Meanwhile, all enemies struck by the spirit blade suffer reduced movement speed if they move away from Shen.

Shen’s W has been changed to “Spirit’s Refuge,” which sees Shen create a protective barrier for both Shen and his partner, blocking all basic attacks for a short while. The downside of this ability is that Shen can only use it when there is another ally nearby. This problem is negated somewhat by Shen’s new passive called “Ki Barrier,” which grants Shen a protective barrier every time he uses an ability. While this passive has a long cooldown, it’s significantly reduced whenever one of Shen’s abilities affects either an allied or enemy champion. According to Riot Games “Past level 16, his shield literally has no cooldown when he lands his abilities on other champions, meaning smart and dextrous Shen players get to morph into mighty unkillable supertanks.”

So what do you think of the Shen rework? Let us know in the comments below.