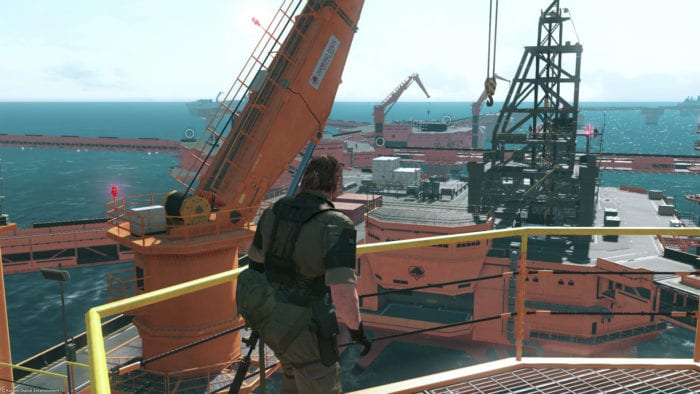 Metal Gear Solid V: The Phantom Pain has had a major update today, and adds a number of new features including a Raiden costume for Snake in FOBs.

The Raiden costume gives Snake a larger jump distance as well as faster sprinting speed. Another added costume turns Snake into Cyborg Ninja, which gives you similar effects. The three Grade 9 weapons that have been added to the game include the non-lethal AM A114 Riot Pistol, the powerful Molotok-68 Anti-Materiel Sniper Rifle, and a Wormhole Generator. The latter teleports you back to where it is placed, useful if you need to get out of a tricky situation.

Additions have also been made to FOBs in the game, including being able to place your own cameras and mines. Linked to this is the newly added Security Challenges, which you can attack FOBs where the owner has enabled the challenge, and you can let them challenge yours. A new mission event has also been added, in which a private FOB has been taken over by a unit that sides with Skull Face.

New challenge tasks and additional rewards for them can give you more ideas of what to do in the game. Konami do mention to accept the rewards when you have completed them, as you won’t gain the rewards automatically. Other changes in the update include the addition of nameplates, new emblems, different colours and camo for your bases, and a fourth FOB for you to be able to customize.

While the Metal Gear Solid V update will arrive on time for the Xbox One, PlayStation 4, and PlayStation 3 platforms, it has been slightly delayed for Xbox 360 owners.